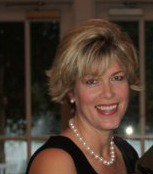 In what may be a sign that Haley Barbour is ready to go from potential presidential contender to candidate, the Mississippi governor has signed up veteran Florida political strategist Sally Bradshaw.

Bradshaw told the Herald/Times that she is joining the Barbour campaign and will be doing work for his political committee. "If he becomes a presidential candidate I'll work for him here," she said.

A native of Greenville, Miss., Bradshaw, 45, was former Gov. Jeb Bush’s top political adviser for more than a decade and in 2008 worked on the presidential campaign of former Masschusetts Gov. Mitt Romney. She is not returning to the fold of the assumed frontrunner, however. After surveying the field for 2012, Bradshaw believes its "wide open" and that Barbour, a former Republican National Committee chairman and head of the Republican Governors Association, "is the right fit for me."

Barbour has said he won't announce his White House intentions until April, after the Mississippi legislature ends it session. He ruffled feathers last week when he suggested to a conservative audience in Iowa that the U.S. should consider cuts to the defense budget in an effort to streamline government spending.

William Kristol, conservative columnist for the Weekly Standard, blasted Barbour in his political blog, for being "childish" and "slightly offensive" and "raises the question of how much time Barbour has spent at the Pentagon—apart from time spent lobbying for defense contractors or foreign governments."

Bradshaw said that kind of candor is what attracts her to Barbour. "We need a president who is not afraid to be bold,'' she said. "Haley is not afraid of speaking his mind."

Bradshaw has worked for the Mississippi native once before, in the mid-1980s, when she was a Washington intern for Barbour when he was President Reagan's political director.