The Miami Republican -- whom some GOP'ers have distanced themselves from in the wake of inquiries into his finances -- was among the lawmakers featured on the board at the National Republican Congressional Committee fundraising dinner Wednesday night. 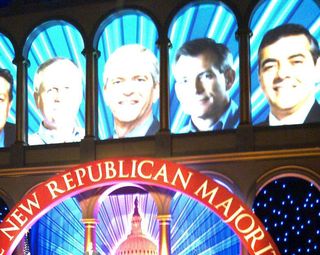 New Jersey Gov. Chris Christie was the keynote speaker at the event which raised an estimated $10 million for Republican 2012 campaigns. Today's the last day for fundraising in the first quarter.