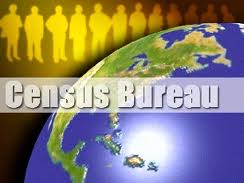 Ravaged by the recession and a stubborn jobs climate, the median household income in the U.S. dropped again in 2010 as 1 million more households reported no income earned and the nation’s poverty rate rose for the third straight year.

Those are the key findings of the U.S. Census Bureau’s annual report on Income, Poverty and Health Insurance Coverage in the United States, released on Tuesday. Poverty levels grew most in the South, which includes Florida, and was the only region to show significant increases in poverty rates -- from 15.7 percent and 17.6 million in 2009 to 6.9 percent in and 19.1 million in 2010. The data includes information only by region and state-specific data will be released in the coming week.

Here are some highlights:

• The nation’s poverty rate rose from 14.3 percent of the population to 15.1 percent. The Census Bureau reports that this is the third consecutive annual increase in the poverty rate, which measures incomes based on family size and composition. (A family of four in 2010 making $22,314 was considered in poverty.) It is the largest number in 52 years since the estimates have been published but is 7.3 percent lower than the rate reported in 1959.

• Non-Hispanic whites had the lowest poverty rates among racial groups.

• More workers are joining the ranks of the impoverished. Since 2007, the number of full-time workers who are at the poverty rate rose from 5.4 million to 9.3 million in 2010.

• Women continue to earn significantly less than men. According to the data, the earnings of women who worked full-time, year round were 77 percent of that for men working full-time and year-round.

• More men have lost full-time earnings than women. Since 2007, the number of men working full-time with year-round earnings declined by 6.6 million while the number of women dropped by 2.8 million.

• More families are “doubling-up,” adding at least one additional adult who is not enrolled in school, bringing the total to 21.8 million families by spring of 2011.