Jeb Bush forms company to get into the disaster response business 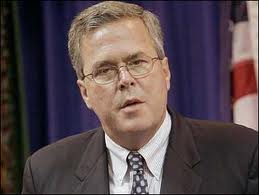 Florida Gov. Jeb Bush is getting into the for-profit disaster response business. A veteran of emergency response operations -- having personally weathered Hurricane Andrew and then shepherded the state through 7 mega-hurricanes as governor -- Bush has joined forces with O'Brien's Response Management, an emergency planning company, according to a story in the Maritime Executive on its web site today.

“We are pleased to enter into this partnership with one of the leading response organizations in the United States, backed by SEACOR’s global network,” Bush said. “Together we look forward to helping a broader array of organizations and communities become more resilient through preparation, response, communication and recovery.”

Old Rhodes Holdings LLC was formed on Aug. 30, 2011, with Bush's former general counsel Rocky Rodriquez serving as his registered agent, according to the Florida Division of Corporations. Bush and Amar Bajpai are the only officers. The two also formed Britton Hill Partners. Both companies are based on Coral Gables.

“We have a long history in the oil and gas, marine and industrial sectors and believe there are significant opportunities to diversify our existing products and services into new markets,” said Charles Fabrikant, executive chairman of SEACOR Holdings told Maritime Executive. “O’Brien’s will also continue our international expansion in Europe, Latin America, the Middle East and particularly Asia.” Fabrikant added. “Governor Bush has unparalleled experience in crisis management, as he helped guide Florida through some of the most significant natural disasters in its history. He will be integral to our ongoing growth initiatives and we welcome him to the team.”