« Obama appoints Katrina Peebles to Kennedy Center committee | Main | Will there be a Rick 'Perry Plunge' over immigration? »

Ralph Arza: A window into the revolving door of legislator to charter school lobbyist 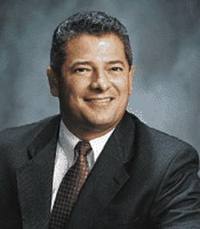 Arza's arrival also offers us a glimpse at the legislative revolving door. The former high school teacher and coach was a point-man on education issues while former Gov. Jeb Bush was governor and helped draft the legislation that opened the doors to the profileration of charter schools in Florida. Now, Arza's gone to work for the non-profit association that advocates for and promotes charter schools. One issue that is likely to be on the charter group's horizon was hinted at by Bush in a letter that surfaced between the former governor and Gov. Rick Scott.

Bush suggested that the state could save money by privatizing its virtual schools program, which teaches student via online classes. He said in the January e-mail, “You could use the proceeds to fund a technology initiative that would lead the nation.”

Bush isn't the only one who has that idea. The state's charter schools movement may have an interest in getting a piece of the virtual school pie as well. Last session, Miami Sen. Anitere Flores sponsored legislation that requires all high school students to take an online course before they graduate. The same bill also gave permission for charter schools to operate online programs.

Flores, like Arza, had a reason to promote the charter school movement. In August, she took a job  as president of a small, private university to be known as Doral College. The college will be run by Doral Academy, a charter school managed by Academia, a for-profit charter school company based in Miami. Academica has connections with another Miami Republican legislator: Rep. Erik Fresen. Fresen's brother-in-law, Fernando Zulueta, runs Academica and employs Fresen's sister, Maggie.

As for Arza, he didn't seek re-election in 2008 after he clashed with former Miami-Dade schools chief Rudy Crew, allegedly called him a racially charged word, and was later charged with witness tampering. But last spring, he hinted that he may want to get back into the legislature.