« A tale of public pensions: How a $60k salary becomes $4m in payments | Main | Marco Rubio tells Hispanic chamber of commerce that Obama's bad for biz »

In less than a week, Republican Rick Perry is dropping his second mail piece in Florida to help ensure a win at the Republican Party of Florida's Presidency 5 straw poll and debate. The logic is simple: win the straw poll vote of roughly 3,200 Republican grassroots activists and lawmakers, and use that to help make the case he'll win Florida and therefore the Republican nomination (and, eventually, the White House).

This flyer emphasize Perry's humble beginnings and his commitment to tax cutting, job creation, the anti-abortion cause and gun rights. 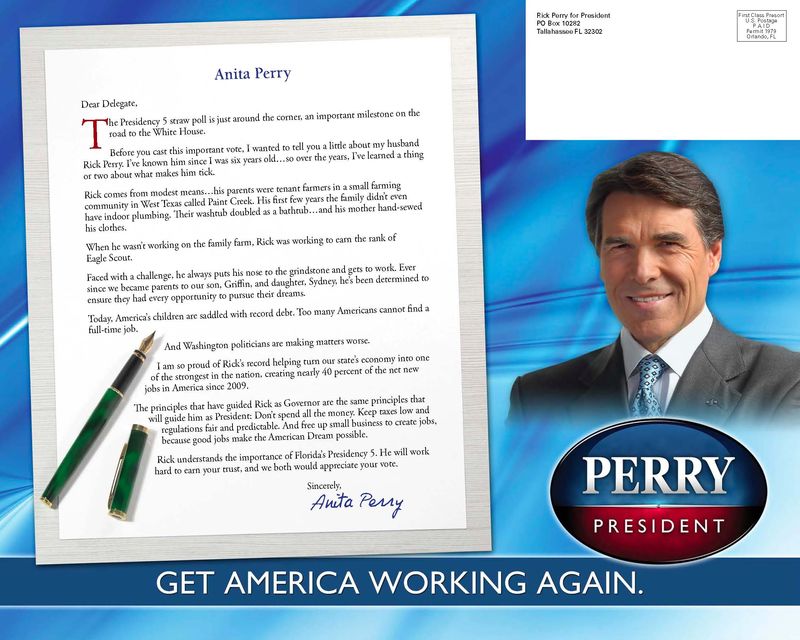 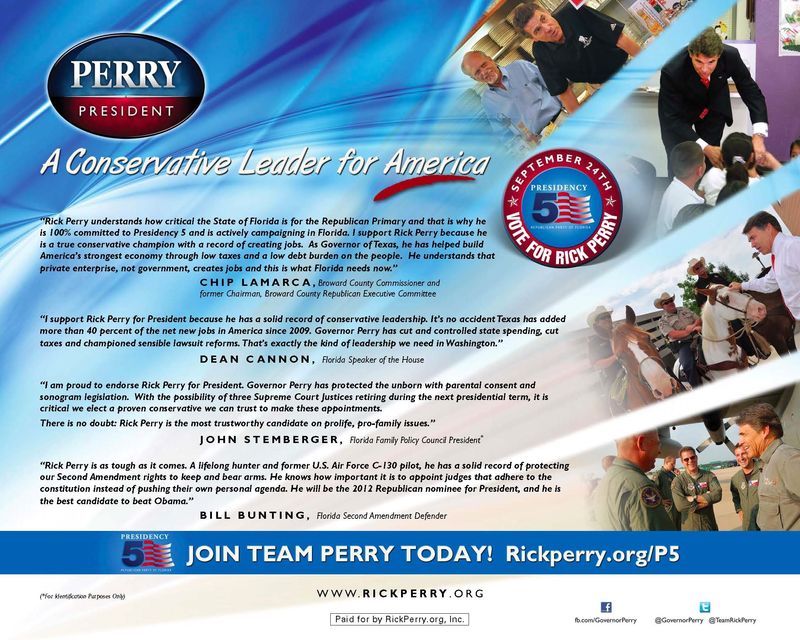