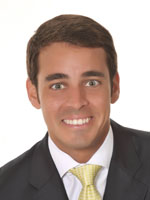 The Commission on Ethics announced Tuesday it found no probable cause for a complaint accusing Rep. Erik Fresen, R-Miami, of violating state voting conflict law.

A Tallahassee woman filed the complaint in April after Fresen, 35, voted for a charter schools reform bill. Fresen's sister and brother-in-law work for Academica, which operates 12 charter schools in Florida. Trish Thompson, whose three children attend Leon County public schools, said Fresen should have disclosed a voting conflict on the proposal, HB 7195.

A probable cause hearing was held Friday and closed to the public. But Fresen's response, via his attorney, is now public record. Read Thompson's complaint, a response from Fresen's lawyer, and the commission's report.

Fresen sits on several education committees in the House. Legislators are required to disclose within 15 days any votes that could result in a "special private gain or loss" for themselves or their relatives. A "special private" benefit refers to a lawmaker voting on a matter that would benefit himself or his family — and no one else.

On April 29 -- nine days after his vote on HB 7195 and the day the Miami Herald posted its story about the complaint against Fresen -- Fresen filed disclosures with the House Education Committee and the House clerk.

He wrote: "I am disclosing that my brother-in-law, Fernando Zulueta, operates a charter school that may be affected by HP 7195. I do not believe he would receive a special private gain or loss from this legislation as the law applies to all charter schools and school districts, but in abundance of caution, I am disclosing this conflict."

Zulueta is Academica's president, and Magdalena Fresen, Fresen's sister, is the company's vice president. The complainant had argued that Fresen's wife, Ethel, worked for Doral Academy Inc, a charter school run by Academica, but the commission found she had not worked there since 2008, when Fresen was elected to the House.

Commission staff interviewed the House's general counsel, George Levesque, who said Fresen had approached him before HB 7195 came up for a vote in the Education Committee with concerns about a possible conflict. Levesque concluded Fresen's discussion and vote on the bill did not pose a conflict, but Fresen filed the disclosure out of an "abundance of caution."

Neither Fresen nor Thompson could be reached for comment on Tuesday.