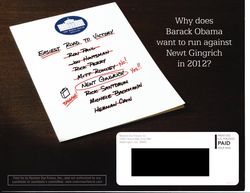 It's a two-man Republican presidential race in Florida, if the mail from the pro-Mitt Romney Restore Our Future PAC is any indication. It's dropping two mail pieces on Florida Republicans that savage former House Speaker Newt Gingrich for, well, you name it.

The negative mail pieces, in conjunction with TV ads and fliers mailed by Romney's campaign, are part of a multi-dimensional whammy for the Republican frontrunner. As he advertises and surges in the polls, 46,000 Florida Republicans have voted and returned their absentee ballots out of the 413,000 that have been requested.

"A conservative would not give 60 million taxpayer dollars a year to the United Nations Population Fund, which supports China's brutal one-child policy," says one mail piece.

Restore Our Future, repeating the theme of its devastating Iowa and Florida TV ads about Gingrich's "baggage," says he's a one-way ticket to four more years of Obama, with one of the Os rendered in the iconic Obama campaign style. 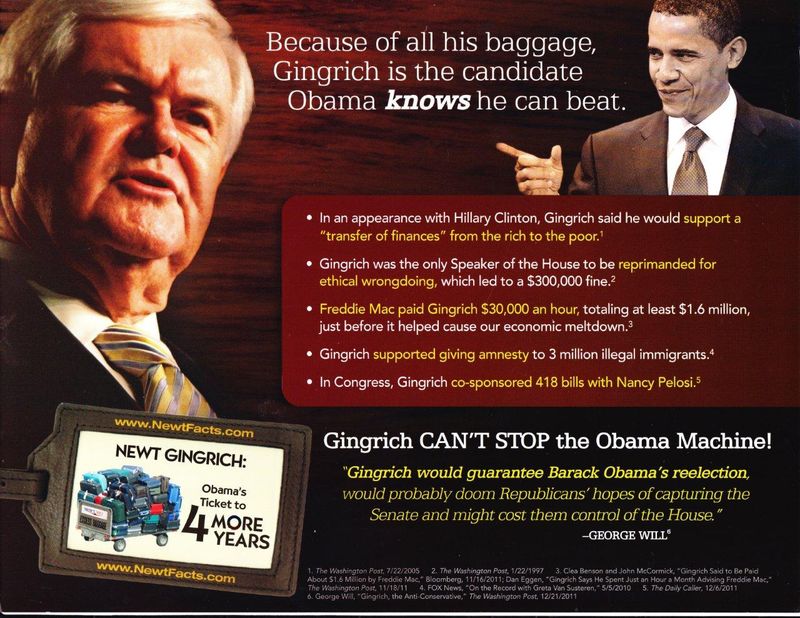 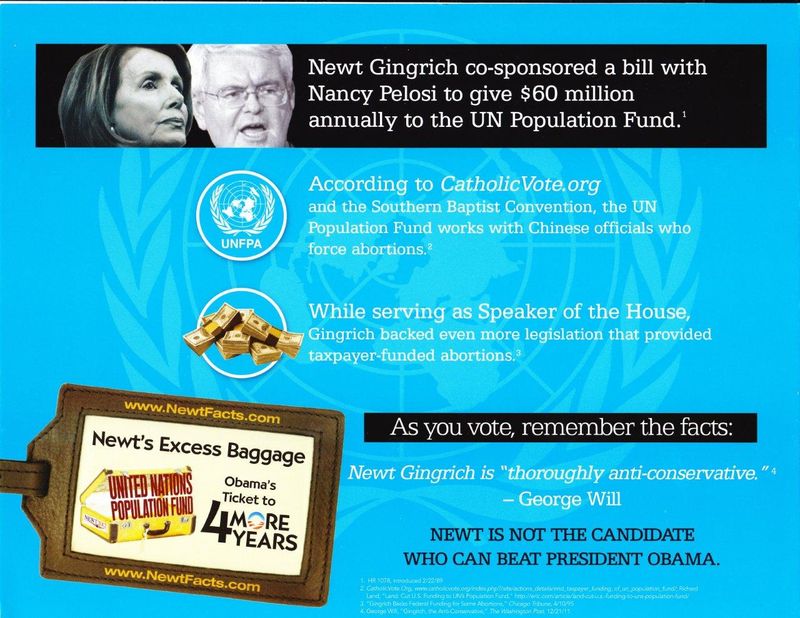 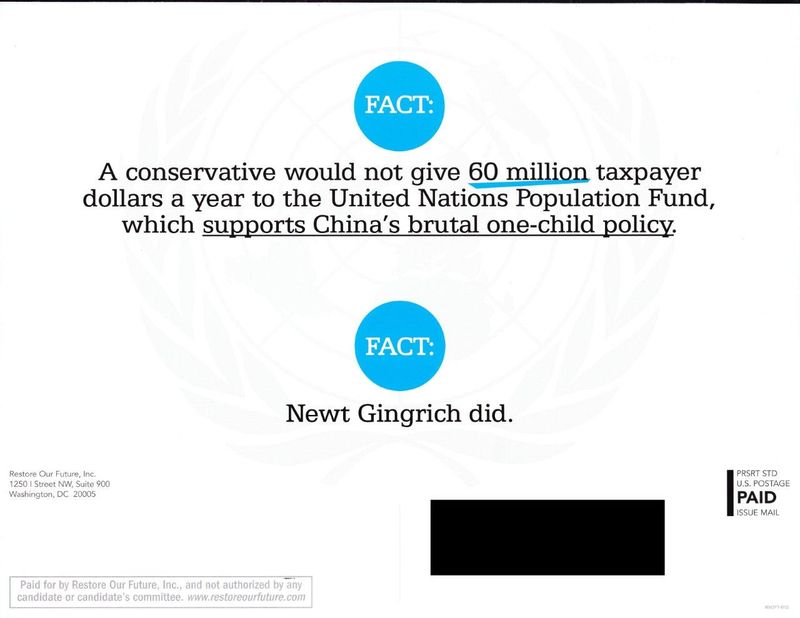