Why Quinnipiac's Florida poll might be flawed in favor of Mitt Romney, GOP

Today's Quinnipiac University poll (like many of them) might not be up to snuff. Democratic pollster Deave Beattie spells out why in this email:

A few reporters called today about the results from the Q poll in Florida and I have not had a chance to respond by phone so wanted to send a quick note.
In short the results raise some concerns because more Republicans than Democrats are interviewed, which is not going to happen on election day in Florida.
They model that 32% of the turnout will be Republican, 29% Democrat and 32% Independent in the 2012 election, this is NOTHING like what the reality will be.  There will be a net 2 percentage point or more Democratic registration advantage on election day.
The sample of the poll appears three to four points more Republican than the 2012 electorate will be, meaning the votes do not reflect the potential outcome in the Florida. 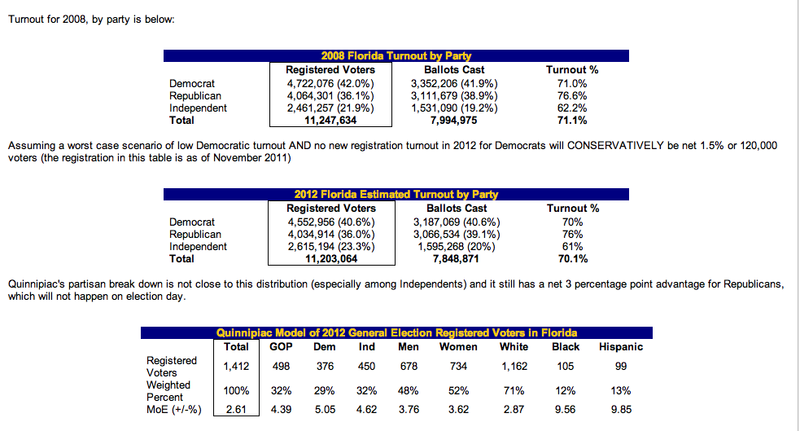