« CPAC wants Marco Rubio for VP. But does it matter? | Main | State legislators opt for tax cuts the easy way; Locals left with the bill » 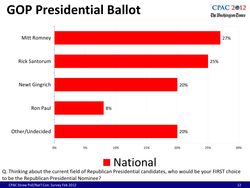 In the run-up to the CPAC straw poll, there was a bit of buzz about the resurgence of social issues for conservative voters -- an inevitable result of President Obama's contraception rule and the blowback of it.

The conventional wisdom: This plays to Rick Santorum's strengths because he's the real social conservative. Also, Santorum's recent three-state victory and Mitt Romney's apparent bungling of it all last week gave a boost to Santorum, who arguably gave a better CPAC speech than Romney as well. 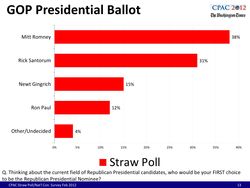 But when the results came in, Romney won both the straw poll and a scientific survey of Republican voters conducted by Fabrizio & McLaughlin. There is a difference between the two, however. Romney's win was only 2 percentage points in the Fabrizio survey -- well within the 4% error margin. But in the straw poll Romney won by 7. Clearly, there was some deck-stacking as well in Romney's favor at the CPAC hall.

Still, Romney is running as the economy and deficit-busting candidate. And the poll showed that conservatives cared far more about that than any other issues. Caveat: it could be argued that social issues weren't specifically polled, so this could misrepresent the level of importance. But CPAC knows conservatives, so it's likely the poll reflected what conservatives care about. 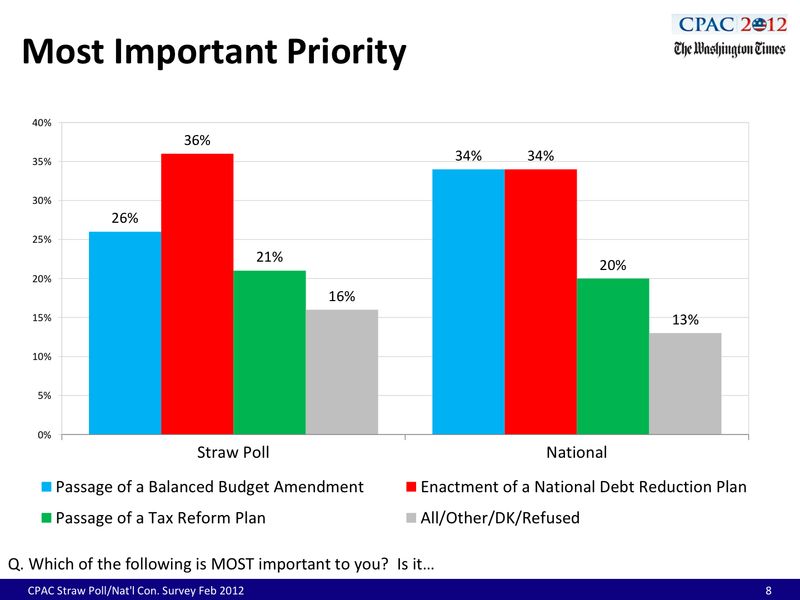 The poll results are here: