In a dramatic defeat to the Florida Legislature's effort to close its gaping budget hole, a Leon County court judge declared Tuesday that lawmaker's decision last year to cut state and local government worker salaries three percent was unconstitutional and ordered them to return the money with interest. 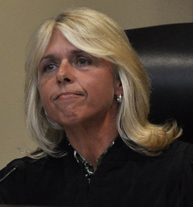 Circuit Court Judge Jackie Fulford said that the legislature's decision to turn to state employee salaries to help them close their budget gap was a breach of the state's contract with workers and "unconstitutional taking of private property without full compensation" and a violationg of the rights of public employees "to collectively bargain over conditions of employment."

Lawyers for Gov. Rick Scott and the House and Senate refused to comment on the ruling although Senate President Mike Haridopolos said Monday that if Fulford ruled against the state it would be the "ultimate case of judicial activism" and predicted they would immediately appeal the ruling.

“This was a gamble that the governor and legislature made last year,'' said Ron Meyer, attorney for the Florida Education Association which was the first of the unions to challenge the law. "They gambled taxpayer’s money that they could balance the budget on the backs of the hardworking employees of this state. They lost that bet today and what happened is the rule of the law and the contract that the legislature created is going to be enforced."

The ruling leaves a $1 billion budget hole in the state budget for this year and another $1 billion hole for the 2012-13 budget year. It also has a $600 million impact on county governments whose employees are in the Florida Retirement System. An appeal, however, would postpone the impact on the budget.

Senate budget chairman JD Alexander said Tuesday that no matter how Fulford ruled on the union lawsuit, it would have "no bearing at all" on this year's budget or last year's budget because only the Legislature can appropriate money.

"Only this legislature can direct constitutional appropriations. Period. End of story," he said.

Fulford, who was appointed to the court by former Gov. Charlie Crist, appeared to anticipate the criticism. At the beginning of her 11-page ruling she said that she understands the "role of the judiciary is to interpret the law before it; not to make law."

But, she said, a 1981 decision by the Florida Supreme Court determined that while the legislature could cut employee salaries three percent to pay for retirement benefits, it could not breach the current contract it has with existing employees.

"This court cannot set aside its constitutional obligations because a budget crisis exists in the State of Florida,'' Fulford wrote. "...To find otherwise would mean that a contract with our state government has no meaning, and that the citizens of our state can place no trust in the work of our Legislature. Those are the findings this Court refuses to make." 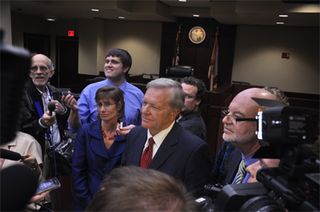 after the Legislature cut worker salaries 3 percent, eliminated cost of living adjustments, or COLAs, for retirement benefits, and shifted the money into the general revenue fund to save the state $1 billion during the 2011 legislative session.

FEA president Andy Ford said the ruling proves "the Florida governor and the Florida Legislature are not
above the law" and urged them to "re-evaluate where they are. They have decided in this state, over and over again to provide tax relief to big corporations, the people who put contributions into their campaigns and it needs to stop. They need to fund the services of the State of Florida."

Ford called the ruling “an historic moment that the public employees of this state stood up to the power structure and we expect to continue to fight.’’

FEA lawyer Ron Meyer said the legislature should dip into its reserve account to repay employees.