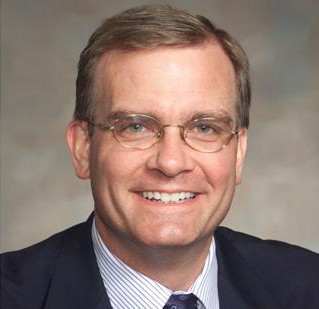 He replaces Dr. Frank Farmer, who stepped down in March to help care for his wife, Peggy, who has breast cancer.

Armstrong has been chief medical officer of the USF Health Center for Advanced Medical Learning and Simulation since 2011.  He is also an associate professor of surgery with USF's Morani College of Medicine.

A graduate of Princeton and the University of Virginia, Armstrong completed his fellowship at Jackson Memorial Medical Center. He was with the US Army Medical Corps for 17 years.

Here's the release from the governor's office:

Today, Governor Rick Scott appointed Dr. John H. Armstrong M.D. to serve as State Surgeon General and Secretary of the Florida Department of Health. He will assume this role on May 23, 2012.

“Dr. Armstrong is recognized as a national expert in medical team training and public health preparedness for disasters, and his leadership will be a great asset to the citizens of Florida,” said Governor Rick Scott.  “As an outstanding trauma surgeon, public health professional, educator and military veteran, he will be a great addition to my executive leadership team.”

Since 2011, Dr. Armstrong has been the Chief Medical Officer of the USF Health Center for Advanced Medical Learning and Simulation (CAMLS) and Associate Professor of Surgery with the Morsani College of Medicine at the University of South Florida. He was a member of the Council on Public Health with the Florida Medical Association from 2008 to 2011 and is a member of the national Residency Review Committee for Surgery since 2011 and of the Board of Governors for the American College of Surgeons since 2010.

Dr. Armstrong served in the U.S. Army Medical Corps for 17 years, concluding his service with the rank of Colonel. His final assignment was Director of the U.S. Army Trauma Training Center (ATTC) in Miami.  He led the development and implementation of a two-week award-winning team training program in trauma care for military medical units deploying to Iraq and Afghanistan.  His military service includes Director of the Surgical Intensive Care Unit at Brooke Army Medical Center from 2002 to 2003 and at Walter Reed Army Medical Center from 1999 to 2001.

Within the American Medical Association, he is a Delegate from the American College of Surgeons to the AMA House of Delegates and a member of the House of Delegates compensation committee.  He has served as a member of the Executive Committee of the National Disaster Life Support Educational Consortium, founding chair of the AMA Disaster Medicine Caucus, AMA Young Physician Trustee, and AMA Secretary.

“I am honored by the opportunity to serve as Florida’s State Surgeon General and look forward to advancing the department’s mission to make Florida the place to live, work, and play by ensuring the health and well-being of Floridians,” said Dr. Armstrong.