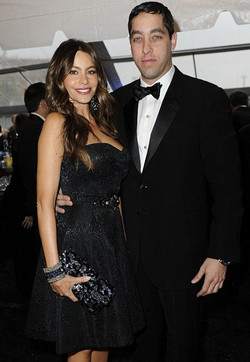 Men around the world, rejoice. Sofia Vergara is single again after splitting with boyfriend Nick Loeb after more than two years together, Page Six can exclusively reveal.

The Colombian stunner and New York-based Loeb broke up over the weekend following a series of arguments, sources tell us. And, on Monday, she attended the Met Ball alone.

A source told us, “Sofia was confiding in friends at the ball that she and Nick have split. They have been fighting a lot recently and have been on the brink of splitting many times. It is not yet clear if they are over for good, but they are done as a couple for now.”

The two were last spotted together at the White House Correspondents Dinner in D.C. (picture at left)

In November, with Vergara by his side at a South Beach hotel, Loeb announced he wouldn't run due to his bad health stemming from a 2010 car accident.

"I have the passion. I have the drive," Loeb said. "But the job of U.S. Senator requires physical and mental commitment."