Gov. Rick Scott chatted with British Prime Minister David Cameron Monday about the importance of the aerospace sector, according to a press release from his office.

Scott is in London for an international air show, on his sixth trade mission. The discussion centered on the importance of the aerospace industry in the United Kingdom and in Florida, the release states.

"The UK and Florida have significant trade and investment links as the world's seventh and 20th largest economies, respectively. The UK is Florida's largest foreign direct investor employing over 39,100 Floridians, and Florida is the largest long-haul destination for UK nationals with 1.3 million UK tourists visiting Florida every year," Scott said in the release. 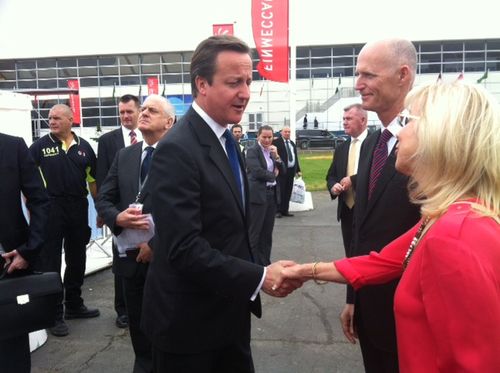