The bareknuckle House District 112 Republican race ended Tuesday night with former state Sen. Alex Diaz de la Portilla as the winner. And to the winner belong the spoils. And the elections complaint from employees of the loser in the race, former Rep. Gus Barreiro.

Well, not quite. The report available on the elections division website shows Diaz de la Portila, who was hit with campaign violation years before, itemized expenditures for everything but the robo calls. He said those expenses will be listed on his final report for expenses incurred after Aug. 8.

Arnau says the listed expenses are too small for the expenditures that were actually made. Diaz de la Portilla denies it. Arnau also alleges that Diaz de la Portilla's brother, a senator, "co-mingled" funds from his campaign account. And he complains that one mailer improperly lised the punch number of their youngest brother, Renier, who lost a state House race in Hialeah Tuesday.

As for the punch-number mixup, Diaz de la Portilla said it was a mistake and it benefitted no one in his district to receive the wrong number for a candidate, his brother, in another district. 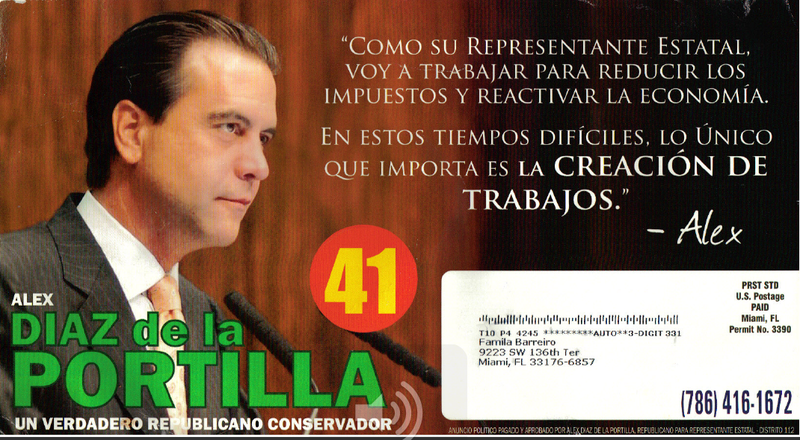