« How many Hialeah firefighters does it take to pull down a DLP campaign sign? | Main | Scott's new chief of staff, Adam Hollingsworth, brings 'fix it and move on' approach to office » 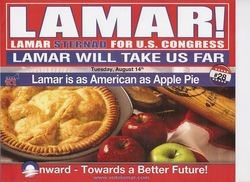 Political unknown Justin Lamar Sternad is running as a Democrat but sounds awfully like a Republican in his mail pieces, some of which have an immigration-hardliner ring and just so happen to emanate from the same Hialeah outfit that did $100,000 $113,200** worth of work for incumbent Republican Congressman David Rivera in 2010. One Sternad mailer repeats some tough (and likely false) comments from Rivera about another Democratic challenger, Joe Garcia, who lost to the congressman in 2010.

Just how Sternad came on the scene and how the hotel administrator is paying for at least five mail pieces is unclear. His campaign-finance reports with the Federal Elections Commission don't appear complete . Because the Aug. 14 primary is so close, the candidates are in the so-called "48-hour reporting period" in which all contributions after July 26 that exceed $1,000 are supposed to be posted. Those reports aren't up yet or don't exist. 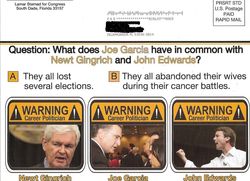 "Sternad's campaign has been suspicious from the start.  He is not an active Democrat, does not campaign publicly and has sent racially divisive and misleading mailers," Jeff Garcia, spokesman for Joe Garcia said. "Now Sternad has broken the law and failed to file his campaign reports, this is a serious matter considering how much money he is spending.  Sternad's campaign appears to be little more than another dirty trick by David Rivera."

The Rivera campaign, which refuses to disclose who's specifically making a comment on its behalf, linked a 2010 Republican candidate to Joe Garcia's 2010 campaign, but denied involvement in this race:  "Joe Garcia is obviously becoming unhinged and delusional.  Unlike Garcia's effort to place a fraudulent Tea Party candidate on the ballot in 2010, Congressman Rivera has never met or spoken to Mr. Sternad and knows absolutely nothing about him or his campaign.  Congressman Rivera does not get involved in internal Democratic Party disputes 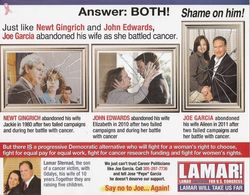 and as always is focused on improving the economy and creating jobs. While obviously Joe Garcia is again trying to distract attention from his personal corruption issues."

Said Sternad in a written statement: "I am running on a pro Obama, pro jobs, pro America platform. I am honored to tell voter's that I am a proud patriotic American. My pro America platform speaks for itself. As my fellow Democratic candidate, Gloria Romero Roses, has stated, Joe Garcia is a political opportunist.  Now he is trying to obscure his repeated failed campaigns with false allegations against me. I look forward to becoming the Democratic nominee on August 14th and ending David Rivera's abysmal tenure in Congress in November. I was the first candidate to file against Rivera because I think I can do a much better job. All of my campaign paperwork is in order. Unlike Joe Garcia, I will continue to campaign on issues voters care about, such as supporting President Obama's Economic agenda and moving America forward from the failed Bush policies of the past."

In addition to repeating Rivera's criticisms of Garcia's divorce, Sternad also appears to be misappropriating President Obama's campaign trademark "O" for his campaign. He might also be trying to persuade unaware voters that he's black, sending out two civil rights-themed mailers that depict Obama and  Martin Luther King. One mailer also features Rep. Dwight Bullard and his mother, whom he hopes to succeed, state Sen. Larcenia Bullard. They have no photos of the lily-white Sternad, who is listing his campaign name as "Lamar Sternad" even though he goes by Justin Sternad in his business life. 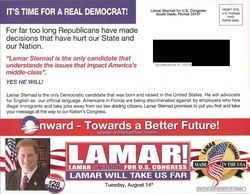 Sternad, a night employee of South Beach's Wyndham Garden hotel, wouldn't respond to questions about his campaign finance reports or his possible effort to trick voters into believing he's black.

Sternad doesn't answer his cell phone. He doesn't answer his campaign phone, which has a generic standard voice-mail greeting that gives no indication about Sternad or his campaign. He was a no-show two weeks ago at a Miami Herald editorial board interview attended by the other Democratic Rivera challengers: Garcia, Gloria Romero Roses and Gustavo Marin.

All the Democrats agree on one thing: Rivera, who has survived a state investigation and now faces a federal inquiry over his finances, has to go.

Well, one Democrat seems to disagree: Sternad. In a May televised interview with CBS4's Eliott Rodriguez, he refrained from swiping at Rivera:

"It would be pretty pretentious or arrogant of me to start going after David Rivera's jugular like one of the other candidates, Joe Garcia, is doing. He's mudslinging. And I want to get through the primary. And then we'll tackle David when we get to that point. Right now, I see the problem with Joe Garcia is he's a three-time loser. He hasn't won anything. One-two-three, you're out. But in his case I think he thinks one-two-three he's in."

Look at the statement again: He decries mud-slinging and then engages in it -- just not against a prime Democratic target, Rivera.

During that interview, he made no mention of his immigration stance, which sounds markedly out of place for a Democrat running in one of the state's largest agricultural congressional districts that stretches from Kendall to Key West.

"Lamar is as American as Apple Pie," one mailer says. "Lamar Sternad is the only Democratic candidate that was born and raised in the United states. He will advocate for English as our official language. Americans in Florida are being discriminated against by employers who hire illegal immigrants and take jobs away from our law-abiding citizens."

The mailer is inaccurate in that Garcia was born and raised in the United States. Another mailer, attacking Garcia over his divorce, repeats Rivera's criticisms that Garcia left his wife, Aileen, as she had cancer. Divorce records indicate she petitioned for a divorce and, because she has contributed and hosted a fundraiser for him, the separation appears amicable.

You wouldn't know that from the mailer, which asks "what does Joe Garcia have in common with Newt Gingrich and John Edwards? A) They all lost several elections B) They all abandoned their wives during their cancer battles. Answer? Both."

With vicious mailers like that, the political nobody newcomer sure acts like a longtime political hatchet man with a lot to lose. 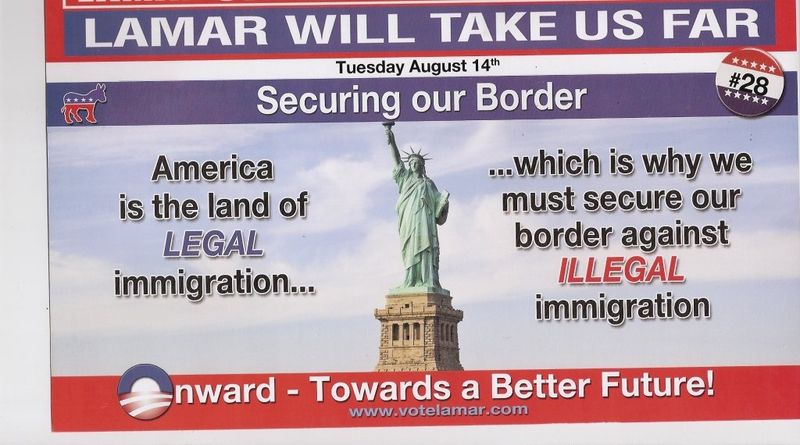