The Republican National Committee is pushing back against President Obama's embrace of the Big Bird flap by quoting.... Obama.

"If you don't have a record to run on, then you paint your opponent as someone people should run from. You make a big election about small things," Obama said in 2008. "And you know what? It's worked before."

The Obama campaign's production of a Big Bird ad, which is supposed to run on cable, is funny. But it's small-bore stuff (although small-bore stuff can be good when it comes to talking about DC's dysfunction).

The RNC has responded with a graphic, featuring County von Count. It notes that in the past few days, Obama has invoked Big Bird 13 times but he has said next to nothing about Libya, where an ambassador was killed in a terrorist attack that his administration at first denied publicly while admitting it privately. 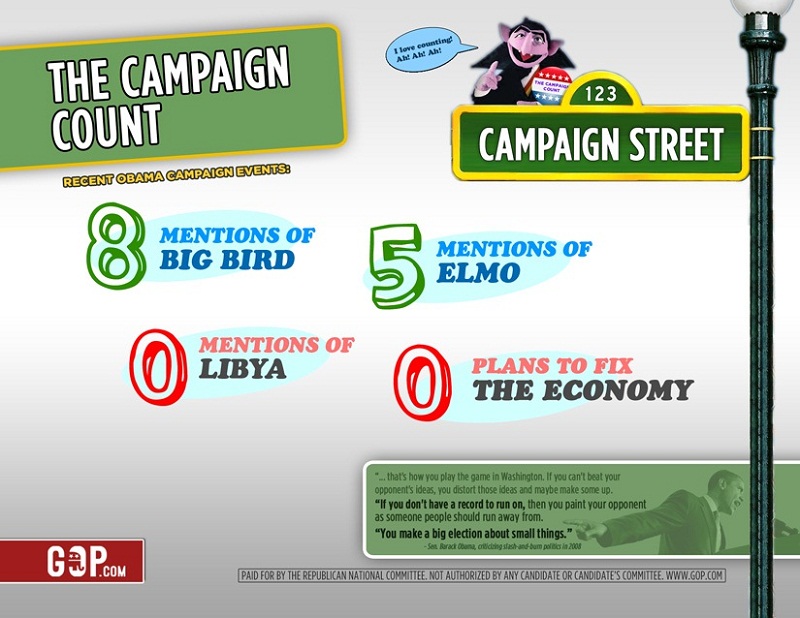