« As Charlie Crist emerges as the most vocal opponent of Rick Scott is campaign in sight? | Main | With all 67 counties in, Obama still the Florida winner, now ahead by more: 73k votes » 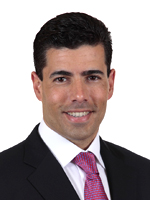 Miami Rep. Jose Oliva has secured enough Republican votes in his class to be designated House speaker in 2018-20.

Six years is a long time to wait but, in the just-because world of legislative politics, traditions die hard. So it was no surprise that, despite the election-year upset of incoming House speaker Chris Dorworth, the tradition of collecting pledges for the two-year post continued unabated this week.

But the post-election day scramble also allowed Oliva, the CEO of Oliva Cigar Company who has been campaigning for the post since he was elected in a special election in June 2011, to secure enough support from his colleagues to become speaker in 2018-20.

Like Miami's most recent House Speaker Marco Rubio, Oliva is a "red shirt" freshman, having moved into office on a special election. He has a head start on the job but officially becomes part of the class elected in the subsequent election, those elected on Tuesday who are term-limited out of office in 2020.

Oliva had faced the prospect of being challenged for the speakership by two former legislators, Frank Farkas of St. Petersburg and Alex Diaz de la Portilla of Miami. Both lost on Tuesday as the wave of Obama supporters crushed Republicans in a handful of newly-drawn House districts.

Now, Oliva's supporters tell us, he has secured the pledges free and clear. Dorworth even acknowledged it in his fairwell note to colleagues on Friday.