Stung by a criminal investigation into an online gambling ring that poured $1.4 million into legislative campaigns, the Florida House on Friday voted 110 to 6 for a bill aimed at shutting down Internet cafes, adult arcades and Miami’s “maquinitas.”

“It’s a great day in the Florida House,” said Rep. Carlos Trujillo, R-Miami, who sponsored the bill. “This will be one of the largest contractions of gaming that we've experienced in our state, certainly in the last 50 or 100 years.”

The bill attempts to clarify state law by specifying that charity organizations, adult arcades and for-profit sweepstakes operators may not operate permanent gambling centers using casino-style games that portend to be games of skill. 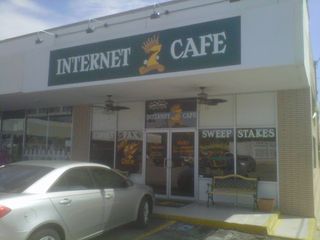 Opponents blasted the measure as a knee-jerk reaction to a political scandal and warned that the bill will have the unintended consequence of sending hundreds of business owners and their employees into the unemployment lines.

“Here we are today going to outlaw something that for the past 30 years has been legal in the state of Florida,” said Rep. Jim Waldman, R-Coconut Creek. "If we're going to do that, what's next?"

The measure, (HB 155), comes a week after federal and state officials arrested 57 owners and operators of Allied Veterans of the World, a Jacksonville-based chain of 49 “Internet cafes” and charged them with illegal gambling, money laundering and racketeering.

Authorities say they raised a combined $300 million in profits over three years but paid out only 2 percent of their proceeds to charities. The investigation also prompted the resignation of Lt. Gov. Jennifer Carroll, who once was a consultant for Allied Veterans when she served in the Legislature.

The House bill attempts to clarify state law by specifying that charity organizations and for-profit sweepstakes operators may not run permanent gambling centers.

The bill updates the definition of slot machine and spells out that they are prohibited under Florida law, even if they require an element of skill or are linked to a network of machines. It prohibits arcades from giving away gift cards, prohibits patrons from accumulating points and limits cash prizes to 75 cents per game.

It also clarifies that amusement games used at children’s arcades, such as Dave & Busters or Chuck E. Cheese’s, are exempt from the law.

“Internet cafes have been a blight on Florida for many years, and I am proud of the House for once again voting to shut them down,” said House Speaker Will Weatherford, R-Wesley Chapel. “With the recent crackdown on racketeering and fraud, I hope this will be the year when the House bill finally becomes the law of the land.”

For years, law enforcement, led by Seminole County Sheriff Don Eslinger, have warned legislators that the so-called “Internet cafes” were operating illegal slot machines that paid no taxes and provided no customer safeguards.

Last year, the House of Representatives passed a bill to ban the machines but it was blocked by the Florida Senate, which wanted to regulate them. Absent a compromise, the gaming centers continued to proliferate in strip malls and store fronts around the state and their owners steered millions into legislative campaigns.

A Herald/Times analysis found more than $1.4 million went into legislative coffers in the last four years from 78 people or companies linked to Allied Veterans of the World. Another $864,000 was spent by owners and operators linked to another chain of Internet cafes affiliated with Frontier Software and Arcola, which are not linked to the investigation.

Shamed by taking vast amounts of cash from what police now say was a fake charity, many legislators have been scrambling to return it.

Lenny Curry, chairman of the Republican Party of Florida, announced the party would donate $300,000 to a state-run veteran’s group. The party received a total of $533,830 from Allied Veterans groups, according to the Herald/Times analysis.

The Florida Democratic Party, which received $244,000 from the groups over the same time period, also plans to donate the funds to a veterans charity, said party spokeswoman Brannon Jordan.

Sen. Miguel Diaz de la Portilla, R-Coral Gables, led the Senate charge last year to regulate the industry, not ban them. He and his Committee of Continuing Existence received $69,500 from Allied Veterans affiliates, the analysis found.

He said he had counted only $15,000 “but the total contribution makes no difference.”

He said his campaign account is closed so he will not donate the money, but he considers himself among the victims.

“My fellow Veterans and Legislators did not know of the illegal activities perpetuated by these companies and therefore are victims,’’ he said.

Artiles said he “will be donating and sponsoring several Veterans events throughout my district in the upcoming weeks and months amounting to more than what was donated to both the CCE and campaign.”

Waldman, the most vocal opponent, received $2,500 from the groups.