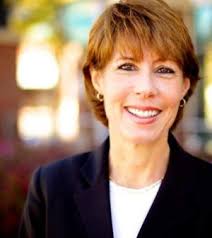 “It doesn't take a rocket scientist to figure out that Congress is a dysfunctional mess," she said in a news release. "They'd rather fight each other with the goal of scoring points on cable news instead of focusing on creating jobs and balancing the budget – in fact, Congress hasn't even passed a budget since Bobby Bowden was coach at FSU."

Southerland was elected in the 2010 tea party wave, defeating longtime Rep. Allen Boyd. He held off a challenge in 2012 by former state Sen. Al Lawson.

Graham, 50, has lived in Tallahassee since her father became governor and works in the Leon County School District. A news release casts her -- as is common for congressional candidates - as a Washington outsider who will work with both sides.

"Growing up, my dad told me, citizenship requires us to do more than complain about our problems – we have to work together to fix them. Our problems can’t be blamed on only Republicans or only Democrats – we need more people in both parties committed to working together and finding real solutions.

"I’m running for Congress to represent you with an independent voice in Washington. I will work with anyone, regardless of party affiliation, to create jobs, invest in education and balance our budget – with a plan that stands up for the middle class, keeps taxes low and protects Medicare and Social Security."