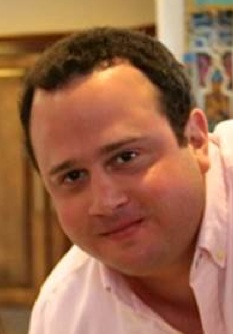 Lincoln Gabriel Diaz-Balart, son and namesake of a former congressman and nephew of a current U.S. representative, died Sunday at the age of 29.

The family has asked for privacy and time to grieve.

The Diaz-Balart family is, perhaps, the most-politically powerful in Miami's Cuban-exile community.

U.S. Rep. Mario Diaz-Balart is a sitting Republican representative. His brother, Lincoln Diaz-Balart retired from congress after the 2010 elections. Another brother, Jose Diaz-Balart is a Telemundo host. A cousin of theirs is son and namesake of Fidel Castro, a prior uncle by marriage. A longtime family friend and virtual sister, U.S. Rep. Ileana Ros-Lehtinen, expressed her sorrow this morning in a radio interview during which she spoke of the toll of depression and suicide.

It is with infinite sadness that we announce the passing, on May 19, 2013, of our beloved son and brother, Lincoln Gabriel Diaz-Balart.

For many years, Lincoln Gabriel struggled with depression.

Lincoln Gabriel was a kind and loving human being. His love and compassion touched many lives during his 29 years.

We will remember him with profound love and devotion for the rest of our lives.