Roly Arrojo, a phony former Tea Party congressional candidate now under federal investigation, barely received any votes in 2010, but it wasn’t for lack of trying by Democrats quietly propping him up.

A top former advisor of current U.S. Rep. Joe Garcia secretly orchestrated an Arrojo mailer during the campaign, a consultant recently told the FBI and Miami Herald. Garcia said he had no knowledge of the potentially unlawful activity to fraudulently disguise campaign spending.

Beyond Garcia’s campaign, Arrojo received even more help from the national Democratic Congressional Campaign Committee, which sent two more batches of mailers. Unlike the 18,000 mailers linked to Garcia’s campaign, the DCCC mailers might not have been illegal.

The point of the three mailers – whose combined costs could have exceeded $30,000 -- was clear: siphon votes from Republican David Rivera to help Garcia.

A DCCC spokesman said the organization did nothing improper and broke no laws forbidding coordination between federal campaigns and outside groups. 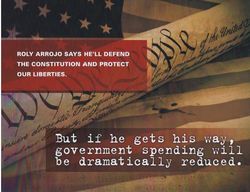 “We were not involved in the Arrojo campaign in any way,” spokesman David Bergstein said, who wouldn’t elaborate.

The mailers related to Arrojo, who once filed to run for office as a Democrat, all went to Republican voters and portrayed him as a real conservative.

"Roly Arrojo: Is he too conservative?" the mailers asked. Another pointed out that he wanted to "dramatically" reduce federal spending or is a "complete outsider," all in an effort to get conservatives to waste their vote on Arrojo and not support Rivera.

But Rivera won with 52.1 percent of the vote to Garcia’s 42.6 percent. Arrojo gained just 3 percent of the vote, which could equate to about $6.96 spent on his behalf for every vote he gained. Arrojo has refused to comment for years. 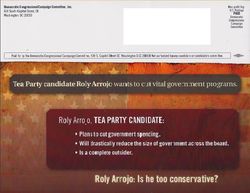 In a Garcia-Rivera rematch last year, the congressional lines were redrawn into the new Miami-Key West District 26 and Garcia won by more than 10 percentage points.

Rivera lost amid an investigation linking him to a political newcomer who received more than $81,486 in illegal help and contributions to fund his mailers in the Democratic primary race against Garcia.

That candidate, Justin Lamar Sternad, pleaded guilty in the fraud and is now helping federal prosecutors.

Republicans and Sternad’s lawyer, Rick Yabor, complained that Arrojo might have perpetrated the same scheme two years before.

Unlike Sternad’s campaign, Arrojo reported no expenditures at all, had fewer mailers but was rapped by the Federal Elections Commission for failing to disclose his finances.

After The Miami Herald this year reported that Arrojo’s campaign used the same printing house as Garcia, the FBI checked it out.

The printing company referred the FBI to a Coral Springs consultant, Michael Kaplan, who said he told investigators and The Herald that Joe Garcia’s political advisor, Jeffrey Garcia, had him take care of the mailers.

Jeffrey Garcia, no relation to the congressman, is under a separate and unrelated state investigation concerning fraudulent absentee ballot requests made during the 2012 Democratic primary. When that investigation was announced, the congressman fired the long-time advisor and chief of staff.

Jeffrey Garcia, who will no longer comment, was a friend and former business partner of Arrojo.

Rep. Garcia said he had no idea about either scandal, is cooperating with state prosecutors and will do the same with the FBI.

For former Republican candidate Marili Cancio, who ran unsuccessfully against Rivera in the 2010 primary, the investigation is a longtime coming.

Cancio, in a written statement, criticized the DCCC mailers and the ones linked to Jeffrey Garcia as “unethical and clearly designed to capture conservative votes from the Republican nominee at the time.”

But, she said, the DCCC mailers probably weren’t illegal. But the one linked to the Garcia campaign probably was, she said.

“I have no doubt that Joe Garcia's campaign had knowledge of these shenanigans and I hope Joe Garcia takes responsibility,” she said. 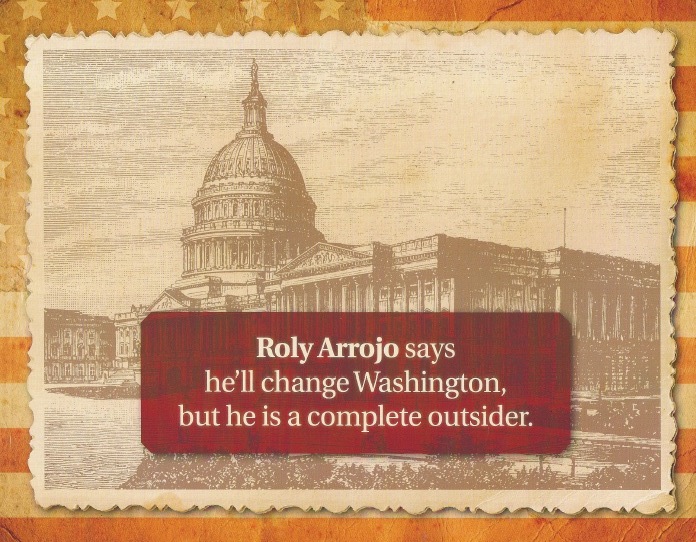