The power of the pick: Next governor could leave mark on the Supreme Court for years 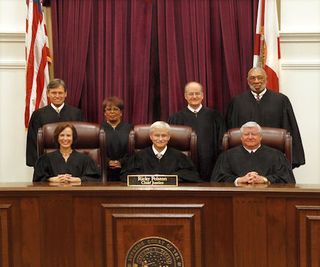 Florida’s 2014 governor’s race may become an expensive popularity contest over who steers the state in the next four years but one little discussed job – the power to appoint – could give the next governor a legacy that could last much longer.

Four members of the seven-member state Supreme Court reach their mandatory retirement age during the next four years and, depending on how the retirements play out, the next governor may have the power to pick their replacements.

The prospect of choosing the men and women who serve as a powerful check on legislative and executive power is so potent it has already become a significant fundraising draw in the governor’s race for both Democrat Charlie Crist and Republican Gov. Rick Scott.

But, in addition to the power of the pick, there is palace intrique: Florida law is so unsettled about the exact timing of the retirement that some suggest that three of the justices could wait out the next governor until the last day of his term in January 2019, and it could take a lawsuit to resolve it -- which could be decided by the retiring justices. Our story here.