After spending the last legislative session knocking down Senate proposals for expanding health care coverage while offering no alternative of their own, Florida House Republicans filed a series of bills Wednesday that attempt to take a rifle-shot approach to lowering the spiraling costs of health care in Florida.

“The crisis in health care begins at the cost part of that equation,’’ said Rep. Jose Oliva, R-Miami, a top House lieutenant. “Until we address costs there will never be enough [Medicaid] expansion as those costs continue to rise. What I need to do is put together a system that is heavily dependent on competition and consumerism and free markets.”

The bills, filed along with several budget bills that will be introduced in the three-week special session that begins Monday, include:

Florida's public records tradition in 2014 became the year of 'oops'

It was a dark year for sunshine in Florida in 2014.

Legal fights by Gov. Rick Scott and the Republican Party of Florida kept crucial documents under wraps long enough to dilute their impact once they were released. The governor took the state’s public records tradition a new direction as he used taxpayer money to defend his attempts to shift the burden for holding the public records from the state to individual employees, and his lawyers opened a new legal vein with his interpretation of the blind trust law.

A lawsuit over the state’s congressional redistricting was fought without the aid of emails that showed GOP political consultants conspired to manipulate the process with false witnesses and gerrymandered maps. A legislatively commissioned report to make the state’s budgeting process more transparent was ignored by legislators.

Scott continued to be the first governor in modern history to shield all record of his travel from public view, and his office defended efforts to erase events from calendars before turning them over as public records.

The Department of Children & Families, under orders from the Legislature following a Herald serieson the state’s failure to protect vulnerable children from abusive parents, unveiled a website listing all child deaths. At the same time, Scott’s Department of Health stopped posting critical child death data on its website and excluded from its annual report on child deaths detailed analysis of the causes of death and the state’s role leading up to the fatalities.

And although the Department of Corrections introduced a “transparency database” listing prison deaths after a spate of critical news reports, it continued to embrace a policy that makes it difficult to fully examine the circumstances of in-custody deaths.

“What you’re seeing is a CEO mentality in which everything is viewed as a trade secret,’’ said Paula Dockery, a former Republican senator from Lakeland and former Scott supporter. “While that has served Rick Scott well, it has not served the people of Florida well and is not abiding by the spirit of the open government laws.” Story here.

Here's a timeline of only some of the issues:

Long before John Thrasher became president of Florida State University on Nov. 10, students were expressing opposition to his appointment, many of them charging that Thrasher had ties to "special interests."

As the Republican former state senator begins his presidency, we decided to look back at a comment Thrasher made during a forum with FSU students and faculty on Sept. 15.

Thrasher became defensive when questioned about his ties to Charles and David Koch, the billionaire libertarian brothers who have spent freely on anti-regulation causes. At one point, a graduate student asked Thrasher about campaign contributions he had received from the brothers. The former lawmaker from St. Augustine denied receiving any.

Did Thrasher get any campaign contributions from the Koch brothers? Here’s the full story from Joshua Gillin at PolitiFact Florida.

Gov. Rick Scott received not one but two sustained standing ovations Tuesday in the Florida House as part of the one-day organizational session celebrating the installation of a new speaker and Senate president and the elections of new members.

The sustained applause reflected the gratitude of Scott's fellow Republicans -- and a sense of relief -- that he will be around for four more years.

"It's good to see you back," outgoing House Speaker Will Weatherford, R-Wesley Chapel, told Scott.

Earlier, Senate President Andy Gardiner, R-Orlando, said "I can't tell you how glad I was" to see Scott sitting at the front of the Senate chamber.

Posted by Steve Bousquet at 10:59 AM in Florida Legislature 2014 | Permalink | Comments

The daughter of prominent Tallahassee attorney Pat Gleason, Erika Marie Kubik, died Friday night in a one-car accident on Florida's Turnpike in Sumter County. Kubik, 33, was a third-grade teacher in Tallahassee and was on her way to meet her mother and brother in Orlando.

The Florida Highway Patrol said Kubik's 2005 Honda Accord was in the left lane when it veered into the median, struck a guardrail, crossed back onto the southbound lanes and collided with a speed detection device.

Gleason, special counsel to Attorney General Pam Bondi on open government issues, has worked for state government for decades and is considered a leading authority on open records issues in Florida. In a statement, Bondi said: "We are devastated by the loss of Pat Gleason's daughter Erika. Pat is a beloved member of our team and a champion of Florida's Sunshine Law. Her loss is heartbreaking and we will continue to keep Pat and her family in our thoughts and prayers during this difficult time of mourning."

Posted by Steve Bousquet at 9:43 AM in Florida Legislature 2014 | Permalink | Comments

Looking ahead to the 2015 legislative session, Florida Businesses for a Competitive Workforce has hired a team of bipartisan political operatives to push for a ban on discrimination based on sexual orientation and gender identity.

President Obama's top 2012 Florida strategist, Ashley Walker, will be campaign manager of the coalition. She'll be joined by longtime Republican lobbyist TowsonFraser, who was communications director for former House Speaker Allan Bense; Ann Herberger, a Miami-based Republican fundraiser and an advisor to former Gov. Jeb Bush; and Christina Johnson, a Tallahassee public relations executive who worked with the Republican Party of Florida and the Republican National Committee.

Johnson said she's not aware of any new legislation banning anti-gay and gender discrimination being filed yet for the 2015 session.

A bill to eliminate sexual orientation and gender identity, supported by Florida Businesses for a Competitive Workforce, failed to pass the 2014 legislature.

The House version was sponsored by Rep. Holly Merrill Raschein, a Key Largo Republican, and Rep. Joe Saunders, an openly gay Democrat from Orlando, who was defeated on Election Day. A Senate version of the measure was sponsored by Sen. Joe Abruzzo, D-Wellington.

But on Monday, one of the state's largest anti-Common Core groups announced that it would be supporting Scott on Election Day.

Florida Parents Against Common Core sent an email to 22,000 sympathetic parents on Monday, urging them to vote for the Republican incumbent.

Zorc said Scott had received the endorsement "because ONLY Gov. Scott has called for an independent Florida Standards Review Committee to evaluate additional improvements."

"Gov. Scott has committed to giving parents the opportunity to have a voice at the table for legislative recommendations and the adoption of better standards and policies," she said. "Once past the election and with a steady resolve and an aligned force, parents can continue efforts to improve the curriculum and assessment methods used in Florida."

After FanGate, Scott pivots to Ebola

The Republican incumbent assured reporters that Florida was prepared for a potential health crisis — and repeated calls for the federal Centers for Disease Control and Prevention to contact passengers on a plane that stopped at Fort Lauderdale-Hollywood International Airport after carrying an Ebola patient.

"The CDC and the federal government have already failed to get ahead of the spread of Ebola in Texas and we’re not going to let that happen in Florida," Scott said.

But some observers say the news conference Friday was about more than emerging health concerns, pointing out that no cases of Ebola have been reported in Florida, and healthcare professionals consider it highly unlikely that any Fort Lauderdale passengers caught the virus.

"He’s playing politics with fear," said Charles Zelden, a professor of history, law and politics at Nova Southeastern University in Fort Lauderdale. "He’s following the Republican Party playbook, which is to scare people into voting — and he’s trying his darndest to put FanGate behind him."

As Florida's governor's candidates face-off tonight for their second highly-anticipated debate in Broward County tonight, Florida TaxWatch is out with a sobering reminder.

The business-backed government watchdog group warns that the $336 million budget surplus Gov. Rick Scott, Charlie Crist and most of the Florida legislators are counting on to pay for their campaign promises is going to be pretty slim. (Scott, for example has promised $1 billion in cuts in taxes and fees over the next two years on top of new money for education and environment. ) In other words: be careful what you wish for.

"The $336 million surplus needs to be put into context," said Kurt Wenner, Vice President of Tax Research for Florida TaxWatch. "It is only 1.1 percent of projected General Revenue spending. It is also based on leaving only $1 billion in reserves, much smaller than what recent legislatures have left. The budget process will again be very competitive and it is our hope that each project will be thoroughly vetted by the full Legislature."

The report notes that this is the fourth straight year in which there has been a projected surplus heading into the legislative session, "but this surplus is much smaller than the $845.7 million surplus projected last year. Still, the continuation of the current string of surplus is a welcome change from the previous four years, which saw shortfalls averaging $2.7 billion."

The TaxWatch report is also based on a set of assumptions that include the base budget will cover $1.2 billion in what the group deems "critical needs." That may be a bit of a subjective list. For example, as the Florida Department of Corrections faces a avalanche of excessive force and suspicious inmate death reports, TaxWatch still concludes there are no "critical needs" for funding in the state's criminal justice budget. Here's the report.

Here are the some of their budget assumptions:

What's one thing neither side is talking about in the marijuana/Amend 2 debate? 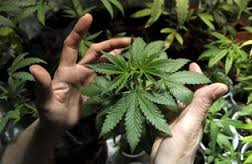 Here’s the little secret that neither side of the Amendment 2 debate over medical marijuana is talking about: The Florida Legislature controls its fate.

You don’t hear it from opposition groups, who warn that legalizing medical marijuana will endanger children, spawn pot shops on every street corner and become the state’s next pill mill fiasco. That will happen only if the conservative Florida Legislature decides not to impose strict rules on who obtains the marijuana, who distributes it and under what conditions.

You don’t hear it from proponents, as the United for Care campaign rolls into college campuses, riding on the hopes of medically needy Floridians, and wishful recreational pot smokers.

Access to medical cannabis for those groups wouldn’t be easy, either, if the Legislature put in place a tightly controlled cultivation and dispensing system similar to one it adopted earlier this year when it legalized low-THC, high CBD strains of cannabis.

And what’s to stop lawmakers from doing any of this and more?

“Nothing,” said Jon Mills, former Democratic House speaker and a constitutional lawyer who wrote the amendment on the ballot before voters on Nov.4. “The Legislature can do anything that is not inconsistent with the Constitution.”

The proposed constitutional amendment, he said, prevents the Legislature from creating a barrier to access for patients diagnosed with nine particular debilitating ailments, or others who meet the requirements of the law. But he noted that it does allow lawmakers to establish a protocol for determining what diseases are eligible for treatment and to put in place rules that keep the public safe.