Matt Gaetz wants to talk about his mug shot, but not his arrest 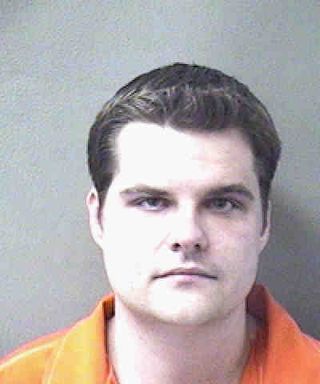 @mikevansickler
TALLAHASSEE — Rep. Matt Gaetz recently held himself out as a man who accepts responsibility for his mistakes.

He brought up his 20
08 DUI arrest during a meeting last week of the House criminal justice committee, which he chairs. The topic: a bill that would keep mug shots of people who are charged with crimes off the Internet until they are convicted.

Though he was never convicted, his booking photo is readily available online, Gaetz said.

"I'm of the view that that is part of who I am," said the Fort Walton Beach Republican, who in 2016 will seek the seat now held by his father, Senate President Don Gaetz. "I made bad decisions that resulted in an arrest, and that is sort of something that we all live with."

The bill passed the committee unanimously. Gaetz said such exposure could be a problem for those unaccustomed to publicity.

But as it turns out, notoriety is about the worst consequence Gaetz, now 31, has faced from the DUI arrest.

He didn't have his license suspended for a year when he refused the breath test — as Florida law dictates. And he didn't have that refusal used against him in a criminal proceeding. Charges against Gaetz were dismissed after events that included, among other things, the forced resignation of the arresting officer.