Scott's finance chair is recipient of millions in Medicaid contracts 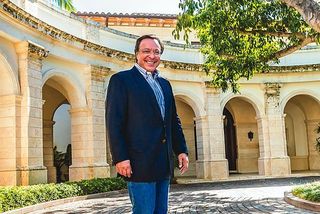 Before the Legislature convenes in Tallahassee next Tuesday, Coral Gables healthcare tycoon Miguel B. “Mike” Fernandez will host a Sunday afternoon BBQ with Gov. Rick Scott, his wife Ann, and key members of the governor’s campaign finance team.

But Fernandez, chairman of MBF Healthcare Partners, is more than Scott’s friend. He’s also a huge contributor to his re-election campaign and the owner or co-owner of fast-growing healthcare companies that under Scott’s administration have been awarded multiple, multi-year state contracts potentially worth hundreds of millions of dollars.

Most of those lucrative contracts involve Florida Medicaid, which is implementing managed care changes, including the Managed Medical Assistance program. The program is expected to begin in May.

Clear Health Alliance, a Medicaid plan offered by Simply Healthcare Plans, was awarded AHCA contracts to provide “specialty” services to Medicaid patients who are HIV positive or have been diagnosed with AIDS. Story here.