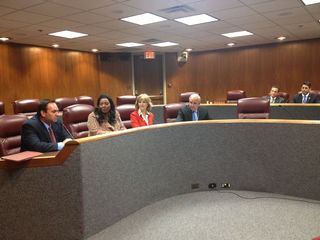 The three elected officials were in the Florida Capitol on Thursday to sign a tri-county "legislative priority compact." The document states their intent to work together on state legislation with regional importance.

Gimenez pointed out that the three counties have clout in Tallahassee.

"Sometimes, we felt that what happens here in Tallahassee is that we are divided and conquered," he said. "If we actually stuck together, we would have a tremendous block and the ability to bring the things that we need in our counties -- in our region -- to the people that we represent."

"We do have a wonderful opportunity to work together," he said. "We can leverage a tremendous amount of voting in the entire Legislature."

The compact represents the first time the three counties have joined forces in Tallahassee (formally at least) since 2003, when they worked collaboratively to created the South Florida Regional Transportation Authority.