« Today in Tallahassee: Five Things to Know | Main | Despite CONNECT, DEO's Panuccio on verge of confirmation » 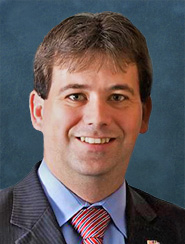 John Legg, R-Trinity, did something quite rare last week.

The 38-year-old Republican actually opposed a bill that had heavy NRA backing.

Legg’s nay vote was the only Republican vote against HB 89, the so-called “warning shot” bill, which sailed through both chambers and is currently awaiting the signature of Gov. Rick Scott.

Why did Legg vote against a bill that all of the other 97 Republican lawmakers voted for, as did 27 Democrats?

That’s not a lawmaker who is critical of guns talking. The NRA gave him an A+ rating, after all.

Legg’s reservations on the bill came from his experience growing up in West Virginia and Florida, where his dad taught him how to shoot.

He said the bill violated one of his dad's core principles.

“When you shoot a gun, you shoot to hit the target," Legg said. "You don’t shoot to miss.”

A supporter of the state’s controversial “stand your ground” law, Legg said he understood what the sponsors of the bill, Sen. Greg Evers, R-Baker, and Rep. Neil Combee, R-Polk City, were trying to accomplish. He just thinks the current “stand your ground” law is fine as is and that the expansion of it will cause more problems.

So far, he said, the backlash from gun rights activists has been limited to a handful of emails.