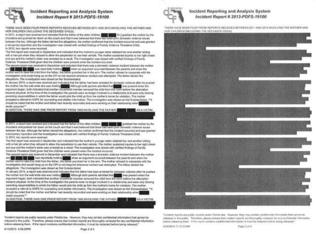 Just days after the Miami Herald reported that the Department of Children and Families had shut down the the flow of information about a string of child deaths under its watch, the agency's new secretary has released a memo that promises to share more information with the public.

Entitled "Vision for Transparency and Reporting of Child Deaths," the one-page memo released today by Interim Secretary Mike Carroll orders the DCF's assistant secretary Pete Digre to create a position within the Office of Child Welfare "to oversee reporting, data gathering and response to child deaths."

He said he expects the position to be filled within a month and once it is, "all child deahts will be reviewed by the department to quickly identify the salient issues that will help inform and shape local prevention strategies."

The memo also makes this claim: "These reviews must be documented in a way that can be shared with the public without violating confidentiality."

In the final weeks of the legislative session, as lawmakers were completing an overhaul of the child welfare statutes to increase accountability, transparency and oversight at DCF, the agency attempted to remove a provision that would have reported on the web site whether the child was under 5 years of age at the time of his or her death.

The amendment would have allowed the reporting of child deaths on the web site that included county, cause of death, date and any community care organizations involved but it would not have included the child's age. The amendment was ultimately pulled, and the requirement was passed as part of the bill, SB 1666, but it now appears that after Carroll's arrival last week, the agency wants to show a new face.  Download Transparency memo05052014

"Our goal is to increase awareness so communities across the state can identify where additional resoruces or efforts are needed ot assist struggling families,'' Carroll wrote in the memo to Digre and was also sent to DCF's regional managers and the media.

The Miami Herald last week documented how the agency had shifted its internal policies regarding release of information regarding child deaths in response to a Miami Herald investigation. After the Herald's Innocents Lost series was published in March, the Herald made a request for documents about new child deaths. The agency inadvertently sent some of the same documents it had previously released but this time the entire page was nearly black with redactions, making it impossible to determine the cause of death or any other significant information. Here's that story.

Still unknown is what Gov. Rick Scott will do with the child welfare overhaul when he receives the legislation, which passed the Legislature with unanimous votes from both chambers. As recently as Friday, when the Legislature adjourned, the governor refused to commit to signing it, or letting it become law without his signature. "I will review it,'' he told the Herald/Times.