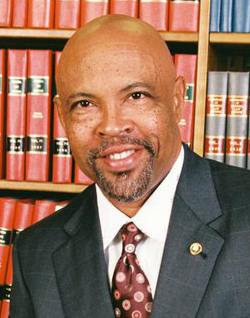 Citizens Inspector General Bruce Meeks said Wednesday he has launched an investigation into the way the state-run insurer handles employees who leave the agency to go to work for companies that receive contracts.

Citizens CEO Barry Gilway and board chairman Chris Gardner asked Meeks on Monday to conduct an independent investigation in the wake of a report by the Miami Herald/Tampa Bay Times on the recent exodus of executives who have left the state-run insurance company to work for vendors. Meeks reports to the governor and Cabinet.

"Chairman Chris Garner and CEO Barry Gilway have requested that I conduct a review of issues related to Citizens’ post-employment policies and requirements,,'' Meeks told the Herald/Times.  "I have informed them of my agreement to undertake this charge, and am in the process of project preparation and planning."

State law prohibits employees who are responsible for a contract from leaving a state agency to work for a company that holds that contract. Citizens applies the law only to senior executives and members of the board of directors, and says there is no ethical breach when an employee with oversight of a company contract takes a job at that company but handles other matters.

The Herald/Times found that in recent years at least three senior executives at Citizens  who were in charge of multimillion-dollar contracts awarded to private companies went to work months later for those companies.

Dan Krassner, director of the non-profit government watchdog institute Integrity Florida, also on Monday called for Meeks to investigate the ethics practices at Citizens, but he also urged the inspector general to investigate whether the contracts cited in the Herald/Times story “provided the best deals for the public.”