No other Republican polls as well in the Florida GOP as former Gov. Jeb Bush.

And Miami-Dade School Board Member Carlos Curbelo hopes that's equally true in the crowded GOP primary in Congressional District 26, which stretches from their shared home county to Key West. This week, Republican voters in the district should be receiving a Curbelo-paid mailer featuring Bush's likeness and endorsement of the "proven education reformer and a proponent of expanding economic freedom and cutting wasteful spending."

So what's in a mailer?

In the recent CD13 race in the St. Petersburg area, Bush's support for David Jolly might have helped the Republican beat Democrat Alex Sink, strategists say. They say that after they started featuring Bush on TV as well as in a mailer for absentee-ballot voters, Jolly's poll numbers started to tick up just enough. If so, it's a remarkable feat because that was a general election.

This mailer is for a primary of just Republican voters. And it's in their home county. And the bilingual Bush is well-known to Anglos as well as Hispanics, who comprise a majority of the voters in the district.

As with CD13, this flier arrives just as voters are returning their absentee ballots. The election is Aug. 26 to see who challenges incumbent Rep. Joe Garcia in November.

If establishment money and endorsements are an indicator, Curbelo's the frontrunner. But ya never know in a primary. And that's doubly true when you have a sneaky, well-known former congressman running but not running -- David Rivera.

None of this means Bush is beloved by all. He promotes the Common Core educational standards, which some conservatives have demonized. And, remarkably so, the Miami-Dade GOP last year took a stand against Common Core -- a slap at Bush who helped make the once-floundering party a powerhouse in a Democratic County.

Common Core, though, hasn't really been an issue in this congressional race. After all, Common Core was created and managed by the states. A federal conservative who opposes a states' rights issue has a measure of explaining to do.

Common Core hasn't appeared to hurt Bush's standing with Florida Republican voters. In a series of Florida polls, Quinnipiac University consistently finds he's most-liked by the GOP in a presidential match-up against former Secretary of State Hillary Clinton, who nevertheless edges him. 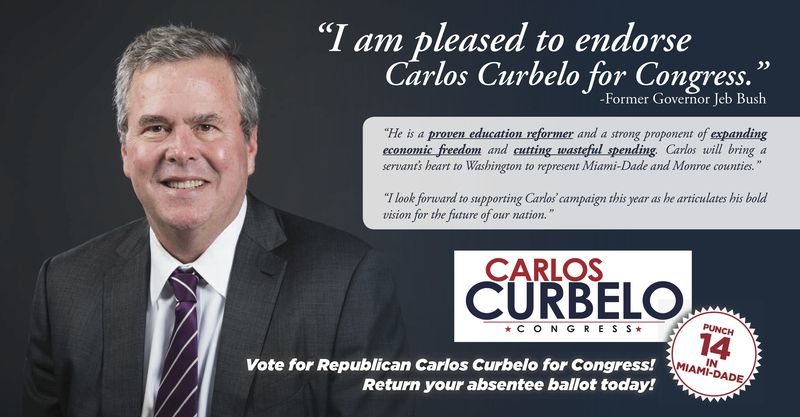 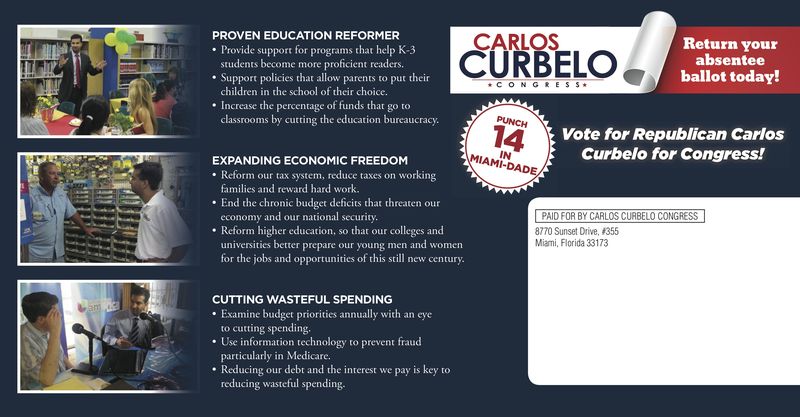