House Republicans say no to putting redistricting witnesses under oath 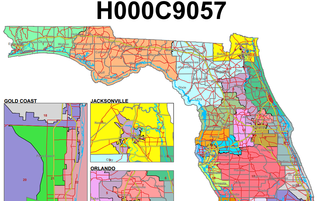 Partisan fire-fights continued Friday over redistricting as House Republicans rejected an effort by House Democrats to have each of the witnesses testifying about the proposed congressional map sworn in under oath.

Rep. Jose Javier Rodriguez, a Miami Democrat, made a motion shortly after the House Redistricting Committee convened today. He moved to have any presenters before the committee put under oath since the map remains the subject of a pending court case. The committee, which is dominated by Republicans, rejected the motion on a party-line vote.

The committee is hearing a proposal to fix the congressional map that a judge declared unconstitutional last week. The map was created on Wednesday at a meeting behind closed doors, with no public input or record keeping, between the chairman of the House and Senate redistricting committees, their staff and outside legal counsel, Sen. Bill Galvano, R-Bradenton, told reporters on Thursday.

The plan, which changes seven of the state's 27 districts, will be voted on and passed likely along party line votes in the GOP dominated committees today. Here's more on the proposed maps.

Map above is the proposed deal. Here's a link to the detail: http://www.flsenate.gov/Session/Redistricting/Plan/H000C9057