Chief Financial Officer Jeff Atwater is already way ahead of his competition as he seeks reelection. For every $1 his Democratic challenger collected in campaign cash, Atwater has raised $166. 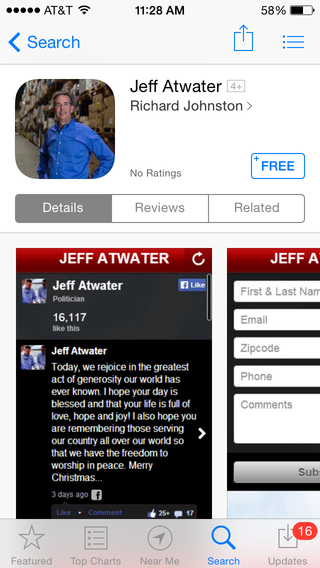 Still, Atwater is campaigning in earnest. In recent weeks, he has taken advantage of the power of the incumbency by traveling the state to talk about fire prevention and unclaimed property -- part of his official duties -- in between campaign stops. He chronicles everything on his Twitter, Instagram and Facebook pages.

Last week, Atwater stepped it up a notch by launching a smartphone app to allow even more direct contact with voters -- and their cash if they so chose. The app links to his social media accounts, allows voters to send the campaign a message and has a donation button.

As far as we can tell, none of the other candidates for statewide office have smartphone apps. Attorney General Pam Bondi launched one recently, but hers is an official resource of her state office and not a campaign resource.