« Alan Mendelsohn out of prison, gets medical license back | Main | Democratic Governors Association kicks in $500k more to Charlie Crist » 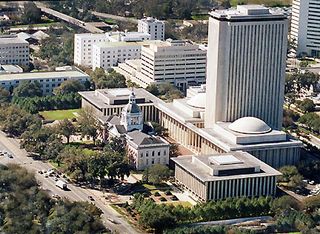 Florida legislators will convene a rare summer special session Thursday with the goal of making quick work of a court-ordered fix to the congressional redistricting map.

Legislators will convene at noon, meet briefly and then adjourn to let the House and Senate redistricting committees hold a joint meeting to hear legislative lawyers explain their options for fixing a the congressional boundaries ruled unconstitutional by Circuit Court Judge Terry Lewis last month.

Lewis gave lawmakers an Aug. 15 deadline to repair two congressional districts – held by U.S. Reps. Corrine Brown, D-Jacksonville and Dan Webster, R-WinterGarden. Although lawmakers have called the session to last a week, they expect to be finished by late Monday or early Tuesday.

Lewis ruled that the districts violated the Fair Districts rules of the state constitution and said he expects lawmakers to make Brown’s sprawling 10-county district more compact, while preserving the ability of African American voters to select a candidate of their choice, and to remove an “appendage” in the Webster district that gave an advantage to Republicans.

Legislators have until Friday morning to file their draft maps and House and Senate redistricting committees will meet separately and vote out a proposed map by the end of the day. On Monday, the full legislature is expected to return to Tallahassee and vote out a final plan which must be signed by the governor.

Unlike the 2012 session, legislative leaders have ordered legislators and staff not to consult with lobbyists, political consultants or members of Congress during the redistricting process. They also ordered them to retain all documents, emails and text messages relating to redistricting.

In his July 10 order, Lewis ruled that political consultants had made a "mockery" of the redistricting process with an orchestrated “shadow” redistricting process in which they designed maps, wrote talking points and used public map submissions to infiltrate the legislative process. Legislators claimed they had no knowledge, even as an aide to then-House Speaker Dean Cannon, R-WinterPark, gave advance copies of maps to a Republican consultant who also worked for Cannon.

The new rules this time are intended to avoid the appearance of undue influence. House Redistricting Chairman Richard Corcoran, R-Trinity, for example, told members in a memo on Tuesday:

"If any member of the House suggests to Redistricting Committee staff that a plan be changed with an intent to favor or disfavor any incumbent or political party, staff should disregard the suggestion entirely and report the conversation directly to me."

Legislative leaders expect to come to agreement on a replacement map before the Friday deadline. One option some legislators are considering is to adopt an earlier version of the congressional map prepared by the House, HB 9043, that was changed to accommodate the requests of Senate leadership.

Those changes served to pack more blacks into Brown’s district and more Republicans into Webster’s district. Lewis said cited those changes as evidence the maps violated the ban on improperly benefitting an incumbent or political party.

Lewis said he will decide by Aug. 21 whether the legislature's revised map meets the requirements of the Fair District rules.