Years before child was mauled by dogs, DCF was warned of dangerous home 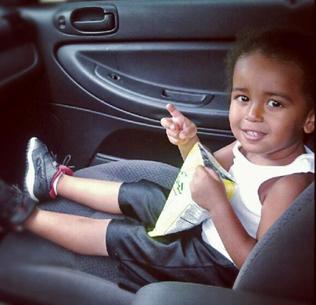 Three years before Javon Dade Jr. was mauled to death by his father’s dogs, state child protection workers were warned about “the smell and danger” of the six “untrained dogs” living in an apartment with Javon’s family. Two of the dogs were pit bull terriers, which are banned in Miami-Dade County, a caller said.

“The dogs have not really been trained,” an unidentified caller told the Department of Children & Families’ child abuse hotline. “There is concern for the safe care of the children in the home.”

Javon’s father, also named Javon Dade, told investigators the animals did not belong to him. “Dad’s response has been, ‘I know, I know,’ and that he is trying to get the dogs out of the home,” a report said. But the dogs remained.

Last Wednesday, Miami-Dade police made a gruesome discovery: 4-year-old Javon’s badly mauled body lying in overgrown grass in the backyard of the family’s Goulds home. Javon had last been seen at 5 a.m., about four hours before his father noticed he was missing, and six hours before his body was found, a DCF report said.

Javon became the most recent child to die of abuse or neglect after state child protection workers had come in contact with their families. In a recent series, Innocents Lost, the Miami Herald documented the cases of 477 children — most of them younger than 5 — who died following some DCF activity, and the deaths have continued to mount. Story by Carol Marbin Miller here.

Posted by Mary Ellen Klas on Tuesday, Aug. 19, 2014 at 8:11 AM in Department of Children and Families, Rick Scott, Special Report: Innocents Lost | Permalink