Coral Gables billionaire and GOP donor Mike Fernandez wants Miami to have the nation's largest U.S. flag, and he's ready to pay as much as $10 million to make it happen.

But not everyone's a fan, so Fernandez has launched a website called Flag of Gratitude to take his case to the public and collect petition signatures. Fernandez says the project needs just 1,000 square feet of public space, perferably at the corner of Museum Park on the water.

"We live in a Democracy. It is my humble opinion that we should all support this project. But a petition or a vote will allow for more transparency," Fernandez said by text message. "Most people who have voiced an opinion against it do not know. I am not asking for anything. I will pay its total cost."

Fernandez, a penniless immigrant from Cuba who went on to earn a fortune in the healthcare business, told The Herald last month that he wanted a memorial to celebrate the country that gave him so much opportunity.

“I started to chat with my wife and I said it would be a wonderful idea as a sign of gratitude for many of us who weren’t born in this country to do it in Miami,” he said. “Except maybe we can do it a little bigger in Miami.” 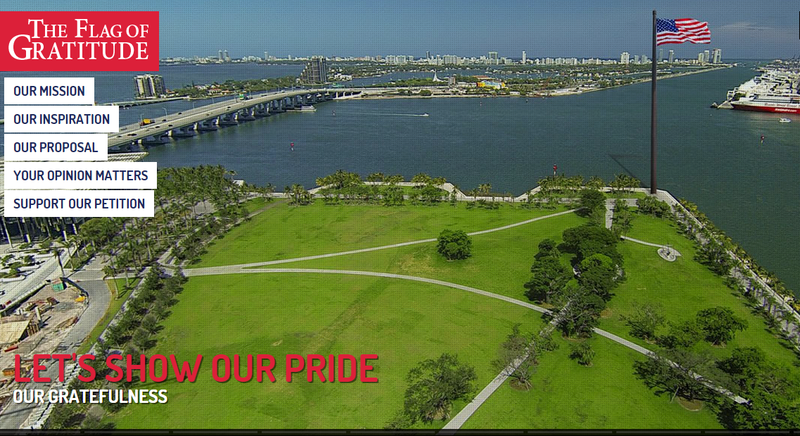