« Quarantine plan urged in Miami-Dade after Ebola scare | Main | Joe Garcia: Just because I disagree with Obama doesn't mean I'm running away from him »

After inmate reports threats by guard, she turns up dead 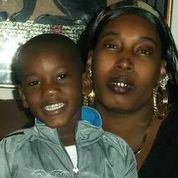 Latandra Ellington had weathered some of Lowell Correctional Institution’s harshest and most primitive realities, and was just seven months shy of freedom — and being reunited with her four young children.

But on Sept. 21, Ellington wrote a chilling letter to her aunt telling her she feared she wouldn’t make it out alive. One of the officers at the prison — she identified him as “Sgt. Q” — had threatened to beat and kill her, she wrote.

Ten days later, on Oct. 1, Ellington, 36, was dead. Corrections officials said Ellington, who had been serving 22 months for grand theft, was in confinement — separated from the general population — at the time of her death because the agency had taken her family’s concerns about the alleged threats “seriously.’’

Still, with no answers about how the death happened, the family hired an attorney and paid for a private autopsy. The autopsy, their lawyer said Monday, showed that Ellington suffered blunt-force trauma to her abdomen consistent with being punched and kicked in the stomach.

Photo courtesy of the Ellington family.