Gov. Rick Scott promised a change at DCF but expert says 'numbers are cooked' as deaths kept off the books 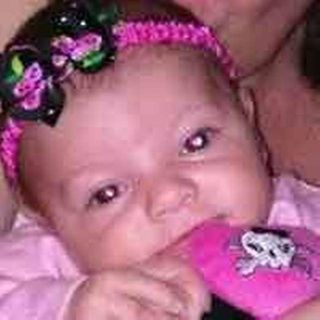 In Lake County, a disfigured 2-month-old whose mother did not want him is left alone in a motel room for 90 minutes, and is later found smothered. His family had been the subject of 38 prior investigations by the state’s child welfare agency.

“It is a general consensus,” a report said, “that [the mother] was involved in the death of her child.”

In Santa Rosa County, child welfare authorities allow a “chronic and severe” drug addict to bring her newborn home, though her two older children had been removed from her care for their safety. Eighteen days later, the mother takes an unprescribed Lortab painkiller and places her baby next to her in bed. The child is found dead.

And in Polk County, a mother leaves two toddlers alone in a “kiddie pool” — and returns to find her 1-year-old daughter face-down in the water. Her 2-year-old son later discloses he pushed his sister down while she was crying. He now suffers nightmares.

The children, who all perished last year, are tragically bound by more than death: Even as the Florida Department of Children & Families has promised greater openness, the three fatalities, and dozens of others like them, have never been counted among the state’s victims of fatal abuse or neglect.

No state can protect every child who is born to troubled, violent or drug-addicted parents, and even youngsters for whom child protection administrators make all the right choices can sometimes fall victim to unforeseen circumstances. To ensure that state social service agencies learn from mistakes, the federal government requires that states count and investigate all child fatalities that result from abuse or neglect.

Regulators don’t, however, strenuously oversee how the counting and investigating occurs.

After the Miami Herald published a series examining the deaths of 477 children — and Florida’s failure to protect some of them from abusive or neglectful parents — the state promised a new era of openness and more rigor in the way it investigates child deaths.

But except for abiding by a new state law that required DCF to create awebsite listing all child fatalities, Florida has continued to undercount the number of children it fails.

“Nothing has changed,” said former Broward Sheriff’s Office Cmdr. James Harn, who supervised child abuse investigations before retiring when a new sheriff was elected last year. “Some day, somebody will say ‘let’s just stop the political wrangling.’ Here’s what you’ve got to do: Just tell the truth.”

For several years, BSO, which has investigated child deaths under contract with DCF, has recorded significantly more fatalities due to neglect or abuse than other counties, where DCF does its own investigations. One important reason for the disparity is that the sheriff’s office long has insisted that drownings and accidental suffocations — among the leading causes of child fatality — be counted, while DCF has, in recent years, declined to include the majority of those in its abuse and neglect tally.

Photo: Charlize Terrell  Charlize was born addicted to her mother’s opiate drugs, and spent several weeks in a hospital detoxifying from them.

Charlize died 10 weeks after birth. Both of her parents “admitted to being under the influence of methadone and alcohol the night Charlize died,” a report said. And though the details of her death remained undetermined, “investigators believe that the mother likely rolled over on top of the infant after falling asleep under the influence.”

In a final death review, the “verified” finding was changed to unverified. Charlize’s death will not be counted.