Report: The untold jobs story -- as state workforce shrank, so did services 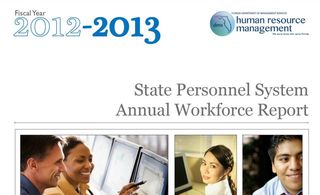 From the Center for Investigative Reporting:

Over the last decade, Florida has shed thousands of state jobs, the consequence of a poor economy and a political philosophy at work. The result has affected how well agencies that protect everything from children to the environment can do their jobs.

According to a workforce report compiled by the state, while the nationwide average number of state workers per 10,000 in population was 211 in 2012, Florida had just 111 that year. That’s almost half the national average.

The state’s population has grown by 4 million since 1998. Its budget has increased by $25 billion since 2000. Yet Florida has almost 10,000 fewer established positions in the State’s Personnel System, State University System, State Legislature, Courts System and Justice Administration combined, than it did 15 years ago.

This means Florida’s government has been operating at its lowest staffing levels in almost two decades.

Even as the economy rebounds, state government isn’t growing with it.

This has largely been the result of a predominately Republican Legislature, and three Republican governors since the late 1990s – all of whom campaigned on promises to shrink government.

As a result, public agencies tasked with protecting vulnerable children, monitoring waterways and providing benefits to Floridians who have fallen on hard times, are struggling to fulfill their mandates. More here.