Bondi's office: 'We wish these couples the best' 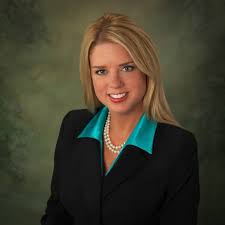 "The judge has ruled, and we wish these couples the best,'' said Bondi spokesman Whitney Ray in a statement.

U.S. District Judge Robert L. Hinkle of Tallahassee, who was appointed by President Bill Clinton in 1996, declared the state ban unconstitutional in August, but stayed his decision through Monday to give some time for legal appeals. The ban will now expire on the same day that Bondi, who vigorously fought to keep the state's ban, and Gov. Rick Scott and the remainder of the state Cabinet take the oath of office for a second term.

For the last several months, Bondi sought extensions of the stay from the U.S. 11th Circuit Court of Appeals and the U.S. Supreme Court, but both turned her down.

A day before a gay-marriage ban that has been ruled unconstitutional is lifted in the rest of the state,  Miami-Dade County became the first place in Florida to allow same-sex couples to marry on Monday when a judge lifted the stay there.

Ray said there has been no decision as to whether Bondi will continue to pursue the appeal before the 11th Circuit.

John Stemberger, director of the Orlando-based Florida Family Policy Council which initiated the constitutional ban on gay marriage, said he believes that Bondi has exhausted all legal options. He remains hopeful that the U.S. Supreme Court will take up the issue and restore the state's right to ban same-sex marriage.

"There could be an appeal to the 11th Circuit but I'm not sure how successful that would be given the fact that they've kicked it back once,'' he said. "She's done her job, and that's all we could ask of her, and she's done it well."