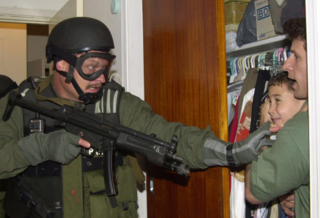 Late at night on Good Friday a decade and a half ago, Jeb Bush was glued to his email.

The nation was gripped with the saga of a 6-year-old boy in Miami named Elián González. People like Cindy Kucharski were so upset over Elián’s imminent return to his father in Cuba that she sent an email titled, “Pontius Clinton Washes his hands & Leaves Elian Case To Reno,” referring to President Bill Clinton and Attorney General Janet Reno.

“I have a real sense of dread for what this administration will do to this little boy. We need to be prayerful this weekend,” Kucharski wrote.

“I don’t believe that the feds will take the child this weekend,” Bush wrote, signing off simply as “Jeb.”

He was wrong. The feds seized Elián shortly after 5 a.m. the next day. Armed with automatic weapons, they took the boy from the Little Havana home where he had been staying with relatives. Bush, who had stayed up emailing until around 3:30 a.m., was stunned.

Fifteen years later, the Elián González case offers a portrait of Jeb Bush — now a likely presidential candidate — managing one of his first crises in office. Barely a year into his first term, Bush was forced to straddle two worlds: his community, full of passionate Cuban exiles refusing to send young Elián back to Fidel Castro’s communist regime, and the federal government, caught in a diplomatic flap over an international family-custody battle.