« Florida taxes second-most regressive in US | Main | Alex Sink: Cabinet officials ought to tell the truth about FDLE's Bailey »

That isn't the kind of news we would normally report here on Naked Politics. But the rapper will be celebrating with some people who frequently make our blog: Gov. Rick Scott, Lt. Gov. Carlos Lopez-Cantera, state Rep. Erik Fresen and Miami Mayor Tomas Regalado.

The elected officials will join Pitbull around 11 a.m. at the Sports Leadership and Management Academy, a charter school in Miami. Pitbull helped open the academy, and is expected to announce plans for expansion, according to a press release.

Pitbull, Scott, Lopez-Cantera and Fresen have been in the same room before. They took a photograph together in October at a Republican fundraiser in Coral Gables. 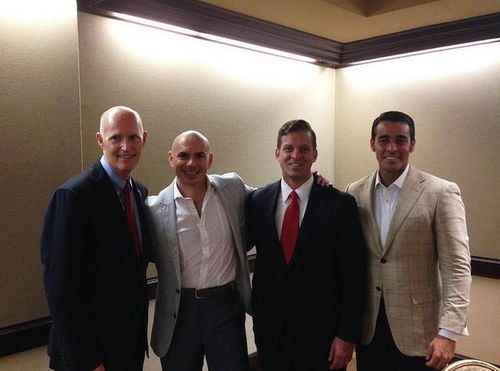