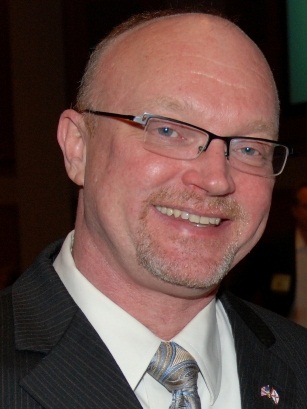 Florida Insurance Commissioner Kevin McCarty has survived sitting on one of the hottest seats in state government for more than a decade.

Since becoming the state’s first appointed insurance commissioner in January 2003, he’s endured a string of governors and Cabinets. He’s sidestepped controversy over soaring property insurance rates, a rash of insurer insolvencies, the ever-changing mission of state-run Citizens Property Insurance and how the state’s health insurance model should integrate Obamacare.

But there’s growing signs that Gov. Rick Scott may want his tenure to come to a close, just as he sought to end the career of FDLE Commissioner Gerald Bailey.

Sources inside and outside the insurance office acknowledge McCarty is under pressure to resign, after 26 years in state government.

As head of the Florida Office of Insurance Regulation, McCarty is responsible for setting rates and regulating insurance companies throughout the state.

McCarty could not be reached Thursday. His office said he was traveling to a National Association of Insurance Commissioners’ gathering to assign committee posts and would not be available for comment.

Scott spokeswoman Jackie Schutz would not respond to questions about McCarty but insisted we print her statement indicating she was not dismissing it either.

"Government too often gets stuck in a rut and doesn’t like to change,'' Schutz said in a statement to ther Herald/Times. "But, just like in business – it is good to get fresh ideas and new leadership, especially as we move into a second term.  Executive office positions are not lifetime appointments and for the same reason there are term limits in elected office – it is important to search for the best and newest ideas whenever possible.  In regards to OIR, we have no announcements at this time.”

She did not respond to requests for an explanation of whether they thought the state's insurance regulation was "stuck in a rut."

McCarty's deputy chief of staff Monte Stevens said he could not address reports that the insurance commissioner may be stepping down.

“Commissioner McCarty is focused on doing his job,” Stevens said. “He has spent this week speaking to hundreds of corporate executives and investors, encouraging them to bring their capital to Florida.  He has also met with Legislative leaders to discuss what may be on the horizon during the 2015 session.”

Removing or replacing McCarty will take a majority of the three-member Cabinet, or a vote of the governor plus one other member. That didn't happen this week, when Scott unilaterally asked former Florida Department of Law Enforcement Commissioner Gerald Bailey to resign or be fired.

After Scott admitted to forcing Bailey out, Agriculture Commissioner Adam Putnam said he had been misled by the governor’s office, which had falsely told him that Bailey had agreed to step down.

He and other Cabinet officials told the Herald/Times they have not discussed McCarty's fate, and now appear to be more careful in handling the governor's manuevers.

"Transparency and measured deliberation about the changes of those in leadership positions is important,'' said Ashley Carr, spokeswoman for Chief Financial Officer Jeff Atwater. She said Atwater had "absolutely not" been consulted by anyone about a reported "deal" to replace McCarty.

Erin Gillespie, press secretary to Putnam said he also "has had no discussions regarding Kevin McCarty in the second term.”

The drama over McCarty comes just two weeks before one of the insurance industry's biggest events charting its priorities for the year: the Florida Chamber Annual Insurance Summit.

Most major industry players are expected at the three-day event at Disney's Grand Floridian Resort in Orlando.

On the agenda, McCarty is slated to be one of the initial speakers on Tuesday, addressing the group immediately after Atwater who, as a Cabinet member, will help decide whether McCarty stays in office.

From the outside, it appears that McCarty has supported much of Scott’s agenda. For example, he stood back as the governor and other opponents of the Affordable Care Act enacted SB 1842 into law, prohibiting OIR from regulatory authority over health insurance rates under the federal proposal.

In his early years at the insurance department, before he became commissioner, McCarty was also directly involved as a victim in a bizarre corporate spying case.

In 1995, Bankers Insurance Group of St. Petersburg hired a private investigator who spied on McCarty, tracked his movements and illegally tapped his home phone after Bankers was passed over for a $16-million state insurance contract overseen by McCarty.

Bankers later paid $2.55-million to McCarty to settle a civil suit he filed against the company for violating his privacy by disclosing that he is gay. The company also agreed to pay the state $1-million in fines and costs and apologize to McCarty in writing.

Pasco County Tax Collector Mike Fasano, a former Republican state senator and long-time foe of the insurance industry, said that any removing McCarty would be a bad omen for Florida consumers.

"If McCarty goes there will be few left in Tallahassee that sincerely care about the premium payers of Florida,'' he told the Herald/Times. "He has been successful in stopping the premiums on property insurance policies from going even higher than what they are now. If they fire him it's the homeowners, auto owners and every other person who pays insurance premiums loss. Premiums will go much higher."