« At Scott's swearing-in, Christie is a celebrity | Main | Bondi unclear about fate of appeal to uphold ban on gay marriage » 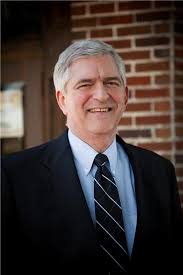 As Gov. Rick Scott was being inaugurated to a second term, the U.S. House was conducting a roll call vote for its next speaker with the prospect of Florida son, and former House Speaker Dan Webster, getting juice.

Said John Thrasher, who followed Webster as Florida House speaker in 2000 and is now president of Florida State University: "I think he'd be great. He's a really honest conservative,'' Thrasher said after the governor's ceremonies concluded. "He made Tallahassee work. I think he'd make Washington work."

"A lot of look up to Dan Webster and follow that leadership model,'' he said. "He'd be good for the country. That'd be pretty cool."

Former House Speaker Will Weatherford said he, too, admired Webster who was serving in the state Senate when he first was elected. Webster is a legend, he said. "I used to joke he was first elected the year I was born."

As of 1:30, Webster had collected 12 votes for his quest to become speaker again, including a vote from himself.