Venezuela is at a tourism convention in Spain this week trying to draw visitors. It has to be a tough sell, considering it’s one of the most murderous countries in the hemisphere and is prone to civil unrest.

Perhaps as part of the campaign, they’ve rolled out a hash-tag called #Amamosavenezuela or “We love Venezuela.” In a promo on state-run Telesur television the tag-line reads: “We love Venezuela for receiving foreigners like one of our own.”

Unfortunately, they’re using a picture of me at Miami International Airport from Nov. 2013. The reason I’m so happy is because I’m just getting back to the U.S. after spending 48 hours in detention in Venezuela.

Considering there are still dozens of people under arrest for protesting last year, perhaps the tag-line is right on. 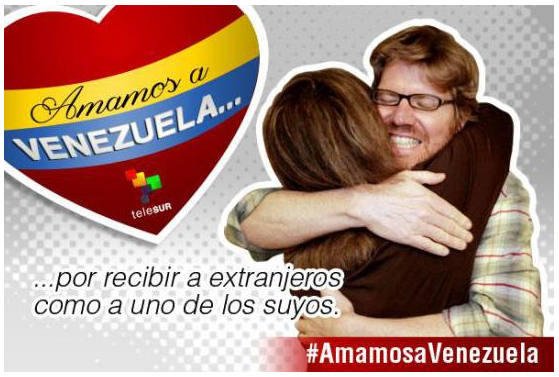