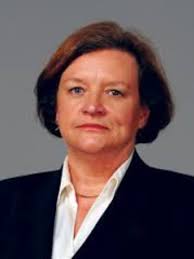 Florida Department of Corrections Secretary Julie Jones defended her recently-imposed "confidentiality agreement" on prison inspectors Wednesday, telling a House committee the new rule was "more or less a good housekeeping piece" and "not intended as a gag order."

She conceded that "everything that you have heard about the department is true,’’ referring to troubles within her inspectors’ general office, but said the agreement was intended to address the concerns and protect investigators.

"We have problems,’’ Jones told the House Criminal Justice Committee. "We have good people. We have some bad people,’’ We have a dedicated core of inspector generals that are doing a tough job trying to weed out [wrongdoing.]"

But she said that when she started as secretary in January, she discovered the agency did not require investigators to sign a confidentiality agreement like inspectors in other law enforcement agencies.

Several inspectors, however, have interpreted it as an intimidation tactic aimed at silencing them for accusing Inspector General Jeffery Beasley of intentionally sabotaging cases, or ordering them to back off because they were politically sensitive and had a "capital connection."

Some inspectors have refused to sign the document, claiming it impedes their ability to thoroughly investigate wrongdoing in the prison system and prevents them from exercising their right to speak about closed cases, which are public records. On Monday, three inspectors asked a court to intervene.

Inspectors Aubrey Land, John Ulm and Stacy Harris filed for an injunction, asking a Leon County court to stop the department from enforcing the rule. They claim it violates their constitutional right to free speech and obstructs justice by violating state and federal criminal laws.  Download 2015.02.09 COMPLAINT FOR DEC JUDGMENT & INJ RELIEF (1)

The three are among a growing number of DOC employees who are suing the agency for retaliation after denying them whistleblower protection when they attempted to investigate allegations of abuse and cover-up.

In a series of reports, the Miami Herald and other media have documented cases in which the department’s inspector general’s office has either intentionally or inadvertently neglected key evidence in investigating suspicious inmate deaths and contraband smuggling. It has also failed to follow-up on allegations of corruption and abuse cited in inmate grievances, and Beasley has allegedly urged inspectors to focus on easy targets while ignoring more troubling patterns.

Jones ordered inspectors to sign the "confidentiality agreement" on the same week that two Senate committees demanded documents and data from the agency about unresolved inmate deaths and budget woes.

She conceded Wednesday that "was poor timing," but said it was justified and will not interfere with the ability of investigators to do their jobs.

"It was not intended as a gag order,’’ she said. "It does not keep those investigators from collaborating on information. It has absolutely no overriding factor on public records requests."

Jones said she signed similar agreements when she worked at other law enforcement agencies, to protect the inspector from being pressured by high-ranking officers at a prison to reveal what he is investigating and to avoid "water cooler talk" about unfounded investigations.

"If you talk about everything that you’re doing you’re not able to follow what might be a thread to go into something more deeply rooted,’’ she said.

Jones, who formerly served as secretary of the Department of Highway Safety, failed to mention that the confidentiality agreement signed by highway safety inspectors was only one paragraph. The document she required DOC inspectors to sign was a full page, densely-written, and five paragraphs long. Here's the highway safety form, for comparison:  Download Blank DHSMV Conf Agreements (1)