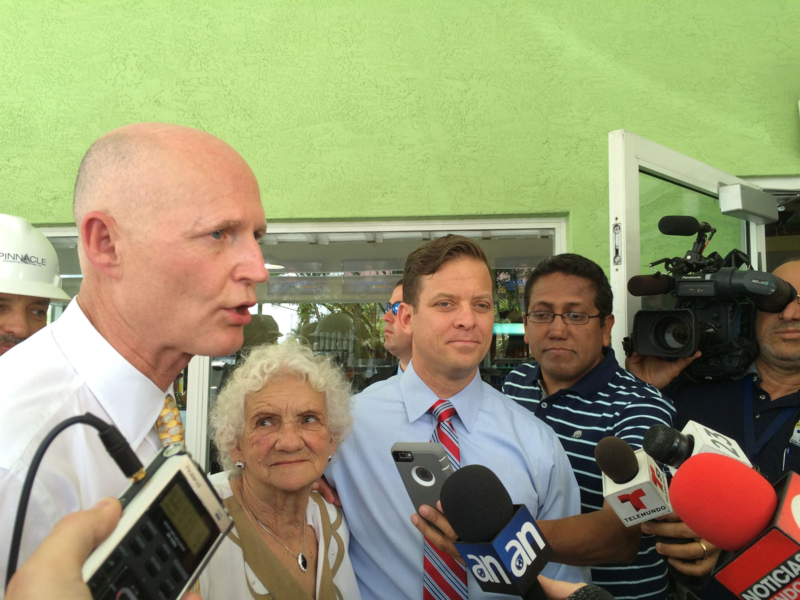 Florida Gov. Rick Scott on Monday denied that administrators in his Department of Environmental Protection were banned from using the terms "global warming" or "climate change."

"It's not true," Scott told reporters in Hialeah.

The Miami Herald published a story a day earlier by the Florida Center for Investigative Reporting citing former DEP officials who said they had been told verbally to avoid the phrases. The department and Scott's office had said no such policy existed.

But when pressed Monday, Scott did not go into any specifics. He would not say whether the department considers global warming to be real, whether it's preparing for it or whether he thinks it's a problem.

Instead, the Republican governor talked about his administration's work on the environment, without directly addressing which projects might have been needed to deal with climate change.

"Let's look at what we've accomplished," he said. "We've had significant investments in beach renourishment, in flood mitigation. Look at what we've done with the Everglades: We settled a lawsuit over the Everglades. That litigation had been going on for decades. We put money in the Tamiami Trail, to raise that, to push water south. We've had -- I think we've had record investments in our springs."

"I'm into solutions, and that's what we're going to continue to do," he added.

Asked three more times about the issue, he essentially repeated the same answer.

An overwhelming majority of scientists agree that the Earth is getting warmer and that humans have contributed directly to the change by burning fossil fuels for energy. Running for reelection last year, Scott said he was not sure climate change was caused by human activity. He once answered a question on the subject by saying, "I'm not a scientist."

Florida is considered the state in the country most susceptible to sea-level rise. State Democrats emailed a fund-raising pitch to supporters Monday noting Scott's climate-change position. The email was titled, "is he serious?"

"Climate change is scientific fact, and Rick is misleading Floridians about how dangerous this problem is! Will you help us hold him accountable?" read the pitch from the Florida Democratic Party.

Scott was in Hialeah to plug a $41 million Department of Transportation project to widen Northwest 57th Avenue.

"This is going to make it better for the families that live here, also better for the people that come through this area," he said. "We have to continue to invest in transportation if we're going to to get tourists to move here."