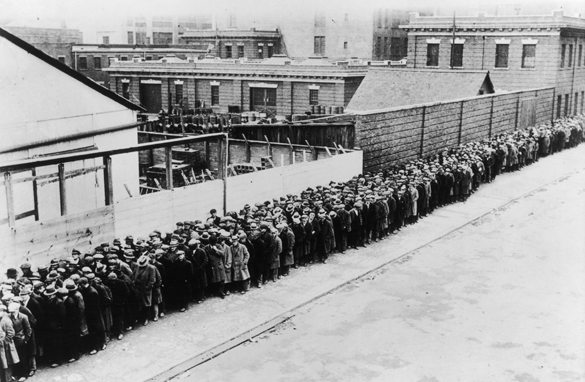 A study released Monday ranks Florida among the four stingiest states in paying unemployment benefits for those who haven’t had a job for 26 weeks or less. And it’s not just because of problems with the much-maligned online CONNECT system.

According to a study by the Economic Policy Institute, a Washington D.C. non-partisan think tank that focuses on issues facing low-and middle-income workers, 81.3 percent of the state’s short-term unemployed didn’t receive benefits last year. Only 18.7 percent --  less than one out of five of Florida’s short-term unemployed -- did. While that might seem low, three other states -- South Carolina (14.8 percent), South Dakota (15 percent), and Louisiana (16.9 percent) -- had even lower recipiency rates.

Florida’s rate is 16 percentage points below the U.S. recipiency rate of 34.7 percent (no great shakes either -- that means more than 65 percent of the nation’s short-term jobless workers didn’t get their unemployment insurance). So as miserly as the U.S. rate is, Florida’s rate is more than twice as stingy.

What’s even more alarming: the rates don’t include those who have been out of a job longer than 26 weeks, or the long-term unemployed. Including those would push the rate even lower.

*  Since 2011, after the Tea Party wave of 2010, nine states have cut the amount of time one can qualify for uemployment benefit recipiency: Arkansas, Florida, Georgia, Illinois, Kansas, Michigan, Missouri, North Carolina and South Carolina.

*  From the late 1960s to 2011, all states paid regular benefits for at least 26 weeks. After the cuts to the number of weeks, Florida now provides the fewest: a maximum of 14 weeks.

*  Eight of the states that reduced the number of available weeks saw faster-than-average drops in the percentage of short-term unemployment recipiency rates. The exception is Illinois, which cut available benefits by only one week for a single year (25 weeks for 2012). In Florida, the short-term recipiency rate dropped 13 percentage points after lawmakers reduced the number of available  weeks in legislation that included a number of other restrictions, making it tougher to collect unemployment insurance.

*   The states with the most severe cuts since 2011 (Florida, Georgia and North Carolina) were among the four states whose recipiency rates dropped the most.

*   The proportion of jobless workers getting benefits, 34.7 percent, is the lowest level in post-World War II America.

The study was written by Rick McHugh, an attorney who is an expert in unemployment insurance, and Will Kimball, an economist and research assistant for EPI.

The launch of Florida’s unemployment website, CONNECT, contributed to the drop, McHugh said. Racked with technical glitches, the website had prevented thousands from getting their benefits paid on time, necessitating a federal intervention early last year. But the failing website is only one “administrative barrier” that claimants face, McHugh said. Other bureaucratic obstacles claimants in Florida and other states must clear are a broader definition, passed in 2011, of “misconduct”, which can disqualify claimants from getting benefits, poor customer service, and the fewer available weeks.

“I’ve been doing this since the 1980s and Florida has generally always been at the bottom,” McHugh said. “It’s a low-benefit state, meaning it tends to have a stern administration."

The failures of CONNECT, far from being a fluke, embodies a customer service system that puts more of a burden on the user, a trend that is happening nationwide.

"There are no consequences for these agencies that keep their customers on the phone for hours," McHugh said. "Poor service helps bring down the proportion of people receiving benefits. That's no longer seen by these agencies as bad service. That's ferreting out fraud and weeding out people who aren't entitled to benefits."