« Jon Stewart: No 'climate change' for Scott but how about a 'surprise pool party'? | Main | Have lawmakers flushed the transgender bathroom bill? » 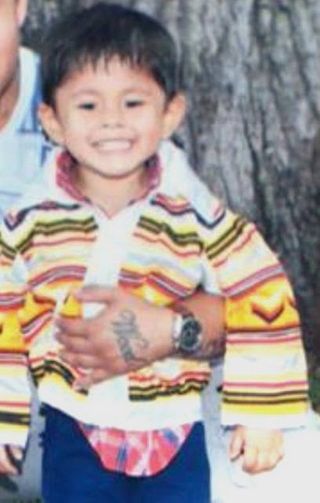 The purple bruises on either side of Ahizya Osceola’s jaw were telltale signs: Someone, a child abuse expert said, had grabbed the 3-year-old’s face forcefully enough to leave fingerprints.

But Ahizya’s bruised jaw was only a small part of what the boy faced. The state’s abuse hotline received a report on April 21, 2014, that he had scratches on both sides of his neck, and a “large bruise and bump” on his forehead. Two weeks earlier, teachers saw a “pinch mark” on one ear, a bruise behind the other and two bruises on his face.

Two weeks before that, Ahizya had a busted lip, another scratch on his face, a bruise on his shoulder blade and pinches and bruises on his ears. Ahizya told his preschool teacher that “daddy” hit him with a belt. His father, Nelson Osceola, instead described an active and clumsy toddler who frequently injured himself in run-ins with furniture, walls, a toilet and other children during an Easter party.

Broward County child protection investigators discounted the possibility of abuse and left him with a father who had a lengthy rap sheet — including aggravated assault charges — and a history of alleged drug use. The Broward Sheriff’s Office had one last chance to intervene in December, when the state’s abuse hotline was told that Ahizya’s stepmother had beaten his bottom, and he had bruises and abrasions on his face. But that call, too, went unheeded.

On Wednesday, Nelson Osceola and the stepmother, Analiz Osceola, were arrested by Hollywood police in connection with Ahizya’s death the previous week. He was found last Friday concealed by garbage bags in the family’s laundry room. Analiz Osceola faces the bulk of the charges: aggravated manslaughter, child neglect and giving false information to police conducting an investigation. Nelson Osceola is charged with one count of child neglect.

Posted by Mary Ellen Klas on Thursday, Mar. 26, 2015 at 11:06 AM in Broward Politics, Department of Children and Families | Permalink