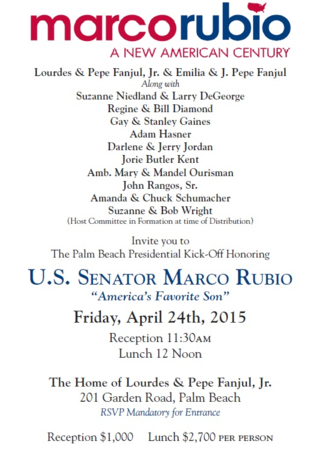 The event will be headlined by two generations of the Fanjul family, the Cuban-American sugar barons, and also include GOP fundraiser Gay Gaines, an early backer of Rubio's 2010 Senate bid.